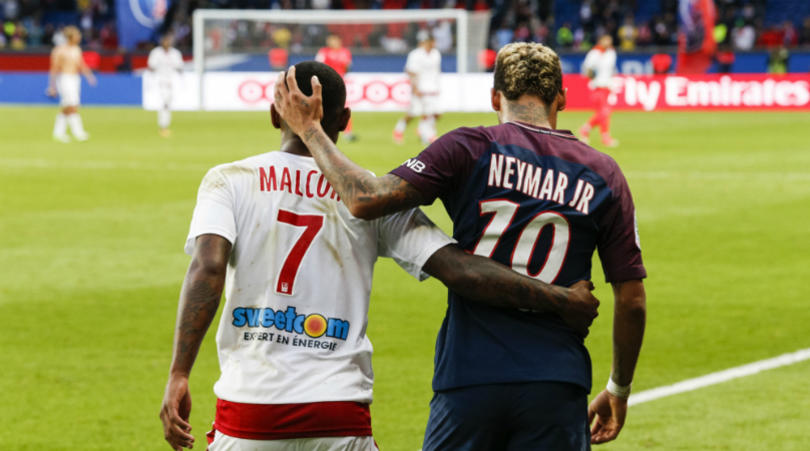 Manchester United are weighing up a move for Bordeaux winger Malcolm ahead of a potential winter move.

Jose Mourinho is keen on bolstering his squad with a winger and a left-sided defender after watching his move for Ivan Perisic and Alex Sandro fails to materialize.

The Red Devils are way off the pace adrift Premier League leaders Manchester City who are coasting to the title in style but the Portuguese tactician is keen on closing the growing gap in the Citizens by signing at least two players in the winter transfer window.

The Dailymail understands that United have been monitoring the development of Malcolm for a while after sending scouts to watch him play several times last season.

It is believed that the French outfit might be willing to let him go for a fee around the £30 million marks, although it is understood the Red Devils might have to wait till next summer tonlure away the talented youngster to Old Trafford with Bordeaux not willing to sell him in the winter transfer window.

Although, the highly-rated winger might be the subject of a three-way transfer battle between Manchester United, Arsenal and Liverpool who are also interested in securing his services next month.

Since the Brazilian international moved to Bordeaux from Corinthians for an undisclosed fee in the winter of 2016, he has endeared himself the fans with series of impressive displays and has established himself as one of the finest wingers in the French Ligue.

He has impressed in attack for Bordeaux so far this term scoring 7 times and providing four assists in 16 appearances across all competitions. The 20-year- old is often deployed as a winger but can also play anywhere behind the striker.