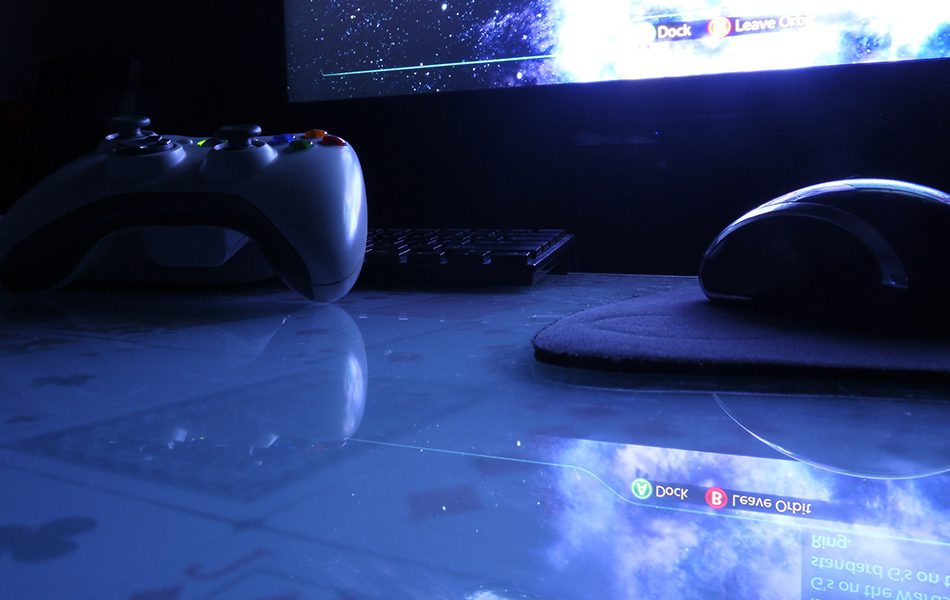 A proper gaming mouse is a personal choice based on preferences, taste, budget, and most important of all, needs.

To say that having a good gaming mouse can transform your gaming experience is a valid statement. This is especially true when we’re talking about having the best MMO gaming mouse because MMO gaming mice are fitted with a different kit compared to other types of gaming mice.

In particular, the best MMO gaming mouse will always have more buttons, which come in handy in MMOs.

With that said, choosing the best MMO gaming mouse isn’t easy, especially since there are so many to choose from on the market.

Below, we’ve rounded up tips on how to choose the best MMO gaming mouse.

The Razer Naga is considered by many as the granddaddy of MMO gaming mice.

This is why it’s no surprises that many consider one of its latest iterations, the Razer Naga Trinity, as the best MMO gaming mouse today, and it’s not like it’s praise received just because of its history.

The thing is, all Naga mice are considered good. However, the Naga Trinity is arguably its best yet.

Relatively small and yet very ergonomic, the Naga Trinity has been fitted with a high-quality 16,000 DPI optical sensor with on-the-fly sensitivity change settings, as well as three interchangeable thumb grips that you can swap out whenever you want with ease when playing other MMOs or MOBAs.

This choice of buttons is one of the best qualities of the Naga Trinity since you can choose just the right amount of buttons that work for you.

It also certainly helps that the Trinity side panels are fitted with strong magnets that make them snap into place without any wiggling of some sort.

But, for all of its improvements, the Naga Trinity is the same old Naga that MMO gamers have loved before. It’s just that it’s become so much better that you’d have a hard time going back to previous Naga mice even though they look nearly exactly the same.

The Logitech G502 is your atypical MMO gaming mouse, especially if you’re going by the standard that the Razer Naga set all those years ago. However, despite looking different, the G502 Hero performs just as well in MMO titles as MMO gaming mice if not better, in some cases.

What really stands out with the G502 is the ability to let users customize, not just any of its 11 individual buttons, but also its weight. You can add up to 5 individual 3.6-gram weights inside the mouse so you can fine-tune the mouse to your desired weight.

In addition to this, the latest G502 boasts one of the most ergonomic designs in gaming mice history, while also enjoying what Logitech calls their most accurate sensor yet.

Topped off with an affordable price point, it’s no secret that the original G502 template has been updated numerous times already, with a wireless version recently added to cater to those who’d like to enjoy the G502’s design and aesthetics, as well as performance, while enjoying the lack of wires.

You’d think that Razer would have thought twice before putting out to market a product that could potentially compete with one of their best sellers, but then again, Razer has never been a conventional company.

The Razer Basilisk V2 is an excellent alternative to the Naga, especially if you don’t like the latter’s design. The more standard and traditional design of the Basilisk V2 appeals to a broader audience. But, at the same time, because it has 11 programmable buttons for you to peruse and customizable according to your needs, the Basilisk V2 makes for a strong case as the best MMO gaming mouse today.

It’s not just the number of buttons that make the Basilisk V2 so great, mind you. Rather, it’s also a combination of other things too.

For example, the Basilisk V2 works particularly well with the Razer Synapse software. Also, the tension dial found on its tactical scroll wheel makes it easy to adjust it to any of the five different levels of sensitivity available for the Basilisk V2. Plus, because of the Razer Speedflex Cable, there’s minimal drag whenever you’re moving around the mouse on your mousepad.

As an added bonus, the Basilisk V2 is designed to fit on a number of hands and grip styles, including palm grip, claw, and fingertip.

It seems only fitting that a mouse named Leadr finds itself as a strong contender as the best MMO gaming mouse.

The Roccat Leadr is a wireless gaming mouse that features a more standard loo compared to other MMO gaming mouse. But, don’t let its looks fool you. It packs a lot of control options inside its relatively large package.

Case in point, the Leadr has 14 customizable buttons.

Of course, it’s not always about the number of buttons. It’s also about what a mouse can do with it, and the Leadr can do plenty. Like, for example, the next-generation button layout features an X-Celerator + Fin Switch. Not to mention, it features a 1000Hz polling rate, as well as Roccat’s very-own owl-eye optical sensor.

The Leadr even comes with its own charging dock and top-up USB cable, which you can use in between your small breaks. Although we doubt that you’d be able to go through its 20-hour battery life in one go.

Fitted with a 32-BIT processor, as well as 512KB memory, with two-level RGB true-color illumination, and of course, a durable and comfortable frame that fits snugly in large hands, the Leadr might just be the best MMO gaming mouse that you’ve never heard of.

If the Razer Naga is the granddaddy of MMO gaming mice, the Logitech G600 might be the next generation.

Seriously, have you taken a look at the number of buttons it has?

At 20 MMO-tuned buttons, the G600 has far more buttons than most people would ever bother using. However, it’s clear from its looks that it wasn’t built for most people. Rather, the G600 was built with one type of gamer in mind, and that’s the MMO gamer.

In addition to having 20 customizable buttons, the G600 lets you switch between as many as three local and/or onboard profiles with ease. Also, it’s equipped with a low-friction polytetrafluoroethylene for its feet that helps eliminate any and all friction to help improve accuracy while minimizing errors.

In addition to this, the G600 is contoured in a way that you won’t have to exert as much effort when clicking, which can be useful when you’re gaming for days if not weeks at a time.

What really makes the G600 attractive though is its price.

As an outgoing model, the G600 will likely be replaced by Logitech with a new product soon. However, because it’s still available on the market, it can be had for a lot cheaper than it did when it first came out, which was already an attractive price point for hardcore MMO gamers.

That’s one way of describing the best MMO gaming mouse.

But, of course, it’s not just the buttons that matter. It’s also what the mouse lets you do with those buttons when playing MMO titles, which is a factor that we heavily considered when we rounded up our list of the best MMO gaming mice today.

Hopefully, our diverse recommendation of products has made it easier for you to make a more informed choice.