Skip to content
Home » The 6 Best B450 Motherboards Today 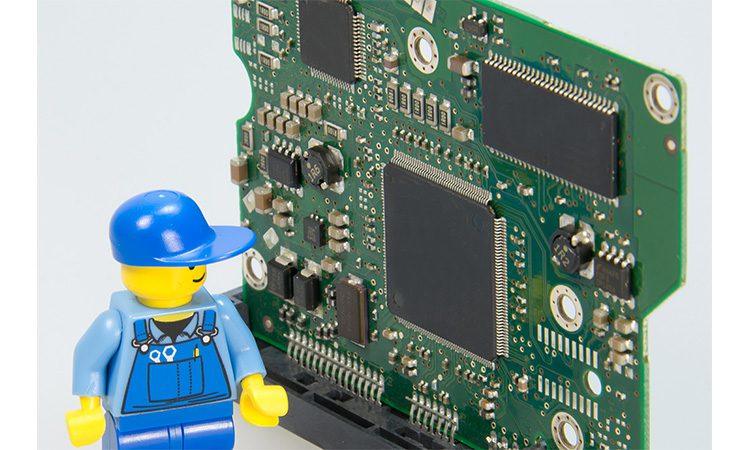 Any frugal PC builder knows that high-end PC components are never worth the money unless you can take full advantage of what they have to offer.

It’s the middle-range and budget-range products that give the most value.

When it comes to AMD’s motherboard offerings, the most value comes from the B450 chipset.

A relatively new chipset, the AMD B450 chipset supports overclocking, as well as numerous advanced features seen only in X470 and X399 chipset motherboards. This includes, among others, StoreMI technologies, as well as Precision Boost Overdrive, XFR 2, and XFR 2 enhanced.

With that being said, motherboard manufacturers have been quick to capitalize on the B450 chipset’s potential mainstream appeal.

This has made it terribly difficult to make a proper choice.

Below, we’ve rounded up some of the best motherboards available today to help you choose the best B450 motherboard for your next PC build.

Quality budget-ranged and mid-range ITX gaming-oriented motherboards are hard to come by.

Most manufacturers seem content in equipping their budget-oriented ITX motherboards with the bare minimum.

Even B-series chipsets previously suffered from this. However, ASRock seems to have finally seen the light and gave us the ASRock Fatal1ty B450 Gaming-ITX/ac.

One could argue that this is the best B450 motherboard today and for good reason.

The Fatal1ty B450 Gaming-TX/ac takes the best of whatever the B450 chipset has to offer while also retaining some of the advanced features commonly associated with its more expensive brethren.

Chief among them is the overclocking capabilities that make this ITX motherboard excellent for beginners who are looking to try out overclocking for the first time, as well as enthusiasts on a budget or simply prefer to spend their money on a better CPU or more storage space.

Who says that you’d have to spend a lot of money to get a quality B450 motherboard?

While the Gigabyte B450M DS3H certainly isn’t the best B450 motherboard in terms of what it’s capable of, the sheer value that it brings to the table makes it near-impossible to ignore and include on our list.

Sold for roughly the same price as other entry-level A320 chipset motherboards, the Gigabyte B450M DS3H packs a lot in its fairly simplistic and basic looks.

For starters, this motherboard supports 4 DIMMs up to 64GB of DDR4 RAM, as well as two PCIe slots.

Also, unlike other more affordable offerings, this one comes with a ton of USB ports, including but not limited to a 10Gbps USB 3.1 USB port. It even supports PCIe 3.0 NVMe SSDs, which is relatively unheard of at its price point.

If you’re building an AMD desktop with a limited budget, the Gigabyte B450 DS3H is a worthy purchase that will serve you well in the long-term.

AMD’s definitely done their fans right by making three generations of CPUs, as of now, on the same platform.

The only problem with this is that some of the older motherboards might not work as well with newer processors. Or, at the very least, not out of the box.

Even worse, even when newer processors are supported, some motherboards will have to be updated using an older processor before they can work with a new one. This is a big problem for first-time builders, as well as other builders who have no spare parts around. Luckily, that’s one of the main strengths of the MSI B450 Gaming Plus Max.

This is a feature that not many boards have. Not even the more expensive X470 and X570 chipsets.

As for overclocking capabilities, the MSI B450 Gaming Plus Max will definitely satisfy both beginners and enthusiasts alike. You’ll be able to push your Ryzen processor quite far on this motherboard, as well as your PC’s other components. It also helps that it’s made out of quality components.

Other noteworthy features of the MSI B450 Gaming Plus Max include a reinforced and shielded PCI-E connector and slot, as well as Core Boost, DDR Boost, and Audio Boost.

The Micro-ATX form factor finds itself in quite the pinch these days.

Too big for those cramped in space and too small for those who have space for days, micro-ATX builds are no longer as popular as they used to be. However, there are still people who prefer micro-ATX builds. Unfortunately, if you’re building a micro-ATX PC based on the AM4 platform, you’ll have to make a couple of compromises.

One of the adjustments that you’ll have to make is your budget. Decent micro-ATX AM4 motherboards don’t really come cheap.

If you are, however, really short on money, and don’t want to compromise performance but don’t necessarily need all 4 DIMM slots, the ASROCK B450M-HDV is easily the best B450 motherboard for you.

Sure, this motherboard can’t do SLI nor Crossfire. It can’t even support 64GB of RAM (it maxes out at 32GB). But, it makes up for it in a solid performance, with an NVMe SSD slot to boost, as well as numerous USB 3.1 Gen 1 ports that will let you connect a lot of peripherals right out of the box.

For almost double the price of the ASRock B450M-HDV, you can get your hands on the Asrock B450M Steel Legend.

Is it worth it? That depends.

On what? Well, on whether or not you’re willing to pay the extra.

The Asrock B450M Steel Legend is a solid choice for a performance-oriented AM4 build. Not only does it have a reliable PCB but this motherboard also comes with plenty of slots, including 3 of each of PCI Express 3.0×16 and PCI Express 2.0×16 Slots, and a PCI Express 2.0 slot. That’s a lot of PCI Express slots, especially for a micro-ATX motherboard.

In addition to this, the Asrock B450M Steel Legend supports AMD Crossfire Technology, and perhaps more importantly, it doesn’t look too shabby either.

The heatsinks are a huge improvement over other B450 motherboards in the same price range.

The problem with trying to get the best of both worlds is that it almost always never ends well.

One side will always have to give, and when it comes to motherboards, you very rarely get premium looks and performance at an affordable price point.

Somehow, the ASUS ROG Strix B450-F manages to do all of that.

To say that this is the best B450 motherboard today isn’t really far-fetched. This is because it supports pretty much most of what even enthusiasts want in their gaming PC. This includes multi-GPU builds from both AMD and Nvidia, as well as the sort of aesthetics that’s commonly only found in more expensive offerings.

The ASUR GO Strix B450-F even comes with LED debug panels, which is a rarity among motherboards at this price range.

Lastly, the overclocking capabilities of this motherboard are well above decent. It might not be on the same level as the more expensive motherboards, but it’s certainly capable of pulling its weight – and then some.

If money isn’t an issue, we definitely recommend getting an X470 chipset motherboard, or an X570 chipset once they arrive.

However, in terms of value, it’s hard to beat the B450 chipset.

If you’re looking to get the most out of your money for your AM4 desktop build, look no further than the B450 motherboards that we rounded up above.

There’s little doubt that you’ll find the best B450 motherboard for your needs on our list.