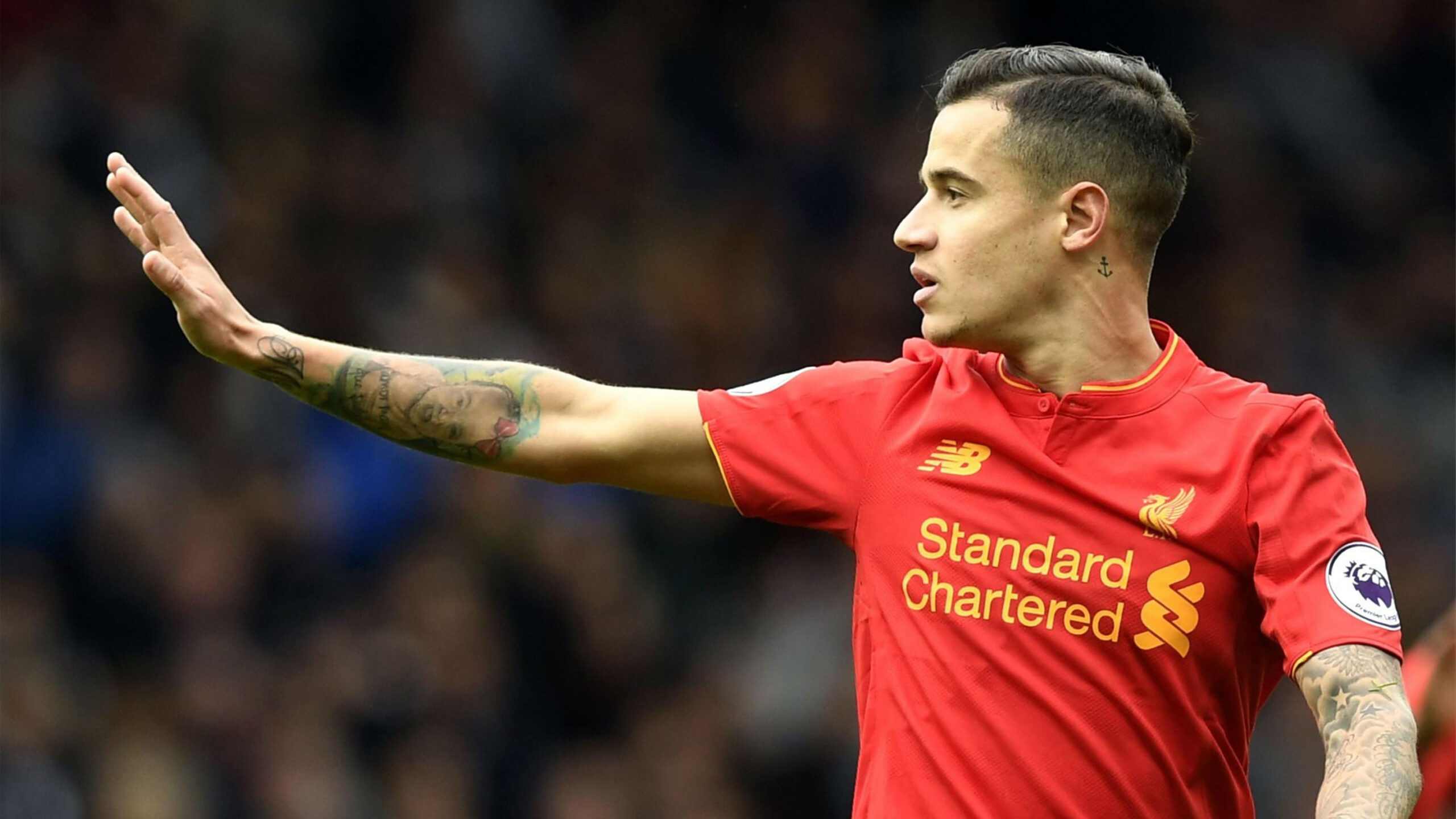 Barcelona midfielder Paulinho has urged his national team-mate, Philippe Coutinho, to join him at the Nou Camp next month after a move to the Catalan giants failed to materialize in the summer.

The Brazilian attacking midfielder was denied a dream move to the Nou Camp in the summer despite handing in a transfer request to force a move with the Reds not ready to sell at any price.

However, with reports claiming Barcelona are ready to test the Kopites resolve once more in the winter transfer window, Coutinho might be on his way to the Nou Camp should the La Liga giants reach an agreement with the Reds.

Although, it is believed Liverpool might only be open to selling Coutinho in the winter transfer window should an offer in the region of €150 million is received for the former Inter Milan attacker having initially rejected bids in the excess of £100 million.

“I’ve already talked a few times about the Coutinho question. He also added.

“Everyone expects the great players to come to Barcelona, ​​we have a very strong group of great players, without Coutinho people are doing a great job.

“On Coutinho, it is not necessary to say much, he is a great player who has been making a difference in his team, in the Brazilian team. He is young but with experience in Europe.

“I want him to come, I think it would be a great contract for Barca. It would be great happiness for me because we would have another great player and another Brazilian.”

Despite failing to get his dream move to the Nou Camp, Coutinho has put aside his summer woes to forge a deadly partnership at Anfield alongside Firmino, Mohammed Salah, and Sadio Mane.

The 25-year- old has grown into one of the finest playmakers in the Premier League since moving to Liverpool from Inter Milan in the winter of 2013 for a reported fee of £8.5 million.

He has featured in 17 games across all competitions for Liverpool this term scoring 10 goals and providing eight assists.

Coutinho is often deployed as an attacking midfielder but he can also be utilized as a winger or a central midfielder and he is known for his dribbling, versatility, vision, creativity, eye for goal, long shot, craft, technique, work rate and also a set-piece specialist.