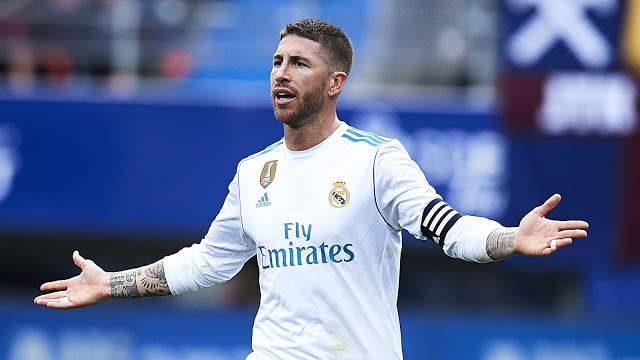 Real Madrid will face Sevilla in a game in which I’d they lose will most likely be saying goodbye to the league title as early as December. With their win in the champions league, the team is supercharged going into this fixture. Zidane will not be taking any chances as he will be putting out his best team it except for the players suspended or out injured.

Kayler Navas will be in goal for Real as they face Sevilla. He will be responsible for keeping the Sevilla attack at bay heading into the game. A clean sheet will be the top of his mind.

Dani Carvajal will not be at right-back as he is suspended for this game which means Hakim Achraf will be starting in his place while Marcelo will be at the left-back position. Both will be responsible for providing the defensive and attacking bite across the wing.

Real will also be missing Sergio Ramos as he is also suspended for this game while Rafael Varane is still out injured. The second choice pairing will have to be deployed on the day with Nacho and Vallejo starting in their place.

Casemiro completes the list of notable absentee for this match and he will duly be missed. Whenever he is not playing, Real revert back to a two central midfield option in Luca Modric and Toni Kroos. The other players added to the team are always Marco Asensio and Lucas Vasquez. They compete for the four-man midfield.

Cristiano Ronaldo and Karim Benzema will be leading the attack line for Real and are expected to get the needed goals in this encounter.