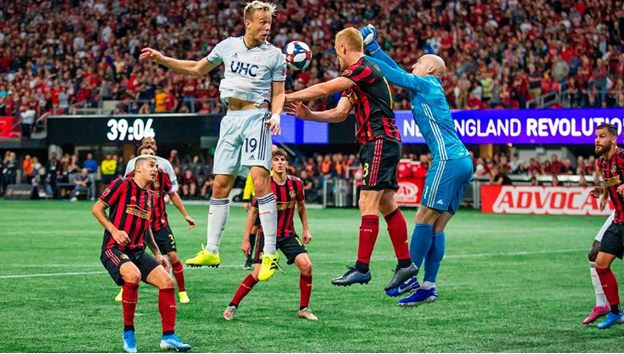 Since the return of football post lockdown, there has been a high level of competitiveness that teams have taken. Partly due to the fact that there was enough rest for everyone and all players are ready to fire on all fronts or just the competitive nature of the game that got to another level with the players.

The Major League Soccer tournament has not taken exception from this cue and teams in the tournament are scoring goals for fun. It has been one of the most interesting MLS tournaments in a while so far.

The fact that the tournament has to be staged at a single location for four straight months might have improved the concentration of the players, thus an improved quality of play all round.

A look at the tournament so far will give an insight into how each team has fared and who is the likely winner at the end of the tournament.

It won’t be a surprise when they nick it since Los Angeles FC is the current favorite to win , but there is more that can happen on their way to the final that could stop them. Complacency must not set in if they want to go past their quarter-final rivals, Orlando City SC.

LAFC has been ruthless since the game restart and their 4-1 emphatic trumping of Seattle Sounders have shown that Bob Bradley’s team are here for the title.

Orlando City might not be the best of themselves since the restart but they have found a way to get to this stage of the competition. Knockout competition can be tricky and many believe that the best team on paper should win, however, the game could just change and on the day a team like Orlando will come to the part and get the needed result. LAFC should be wary of them when they face off in the quarter-final.

One thing that has been going for San Jose is their free goal-scoring players. They have netted 11 goals in four games since the restart and this has helped curtail whatever firing power the opposition may have as they have only allowed 5 goals past them so far. They are consistently improving on their defense through the man-marking system adopted by their coach, Matias Almeyda.

Minnesota United have been the boggy team since the restart and have disappointed their doubters who never believed they could get to this stage of the competition, partly based on the way they got their result. They will put everything on the line to get past San Jose in the quarter-final tie. It is a match between two teams with contrasting ways, one direct, and the other very indirect. The match will be a good one for neutrals to watch.

Another revelation post lockdown is NYCFC. They have been on another level since the knockout stage of the tournament. A team that can only score two goals in three games before the knockout stage but has found a way to get to the quarter-final of the competition. If they continue to improve at this rate, they could spring up a surprise.

After beating a well-drilled and organized Cincinnati side in the penalty shootout, Portland has found something going for them that inspires confidence they can go farther in the competition. They have players scoring in games that could turn things around for them. If Jeremy Ebobisse and Jaroslaw Niezgoda continue to score as they did in the last two games, the team will have a chance to get to the semi-finals.

Another team that has improved as the competition progressed is Philadelphia Union. They finally had a grip on the game when they defeated New England. What they have learnt to do is to ensure they keep their discipline all game as it is evident in their result. If three wins are coming by just a goal margin, then there is a fine line of discipline on that side.

They have found a way to score goals in the latter stages of games that have kept them in the tournament till now. However, this trend cannot be guaranteed as the tournament progresses, and teams become better and all-round grounded to keep their cool for 90 minutes. They will have a tough game against Portland Timbers but can nick something if they can improve on their general play.