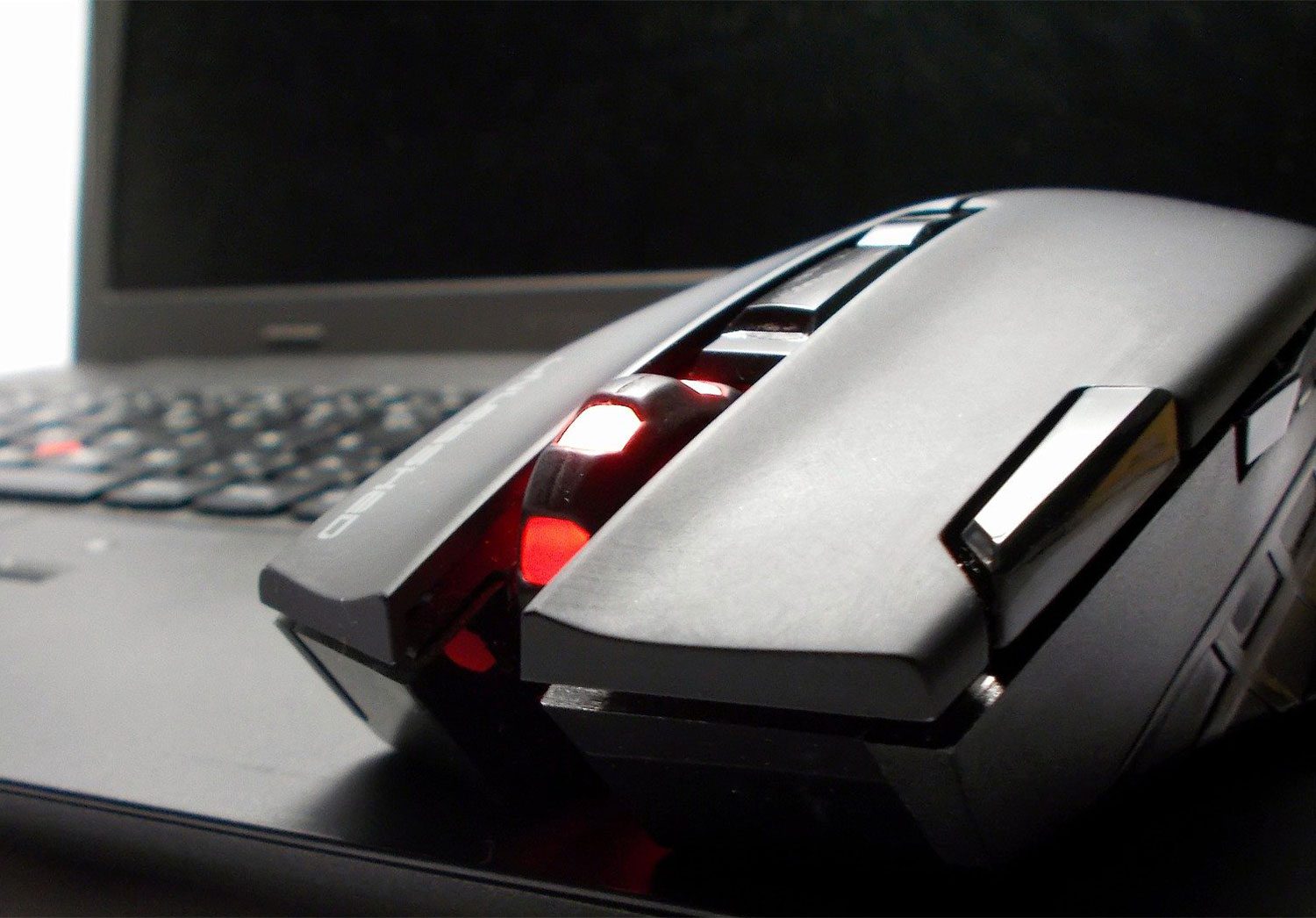 Gone are the days where gaming mice was synonymous with added heft.

These days, the top 5 lightest gaming mouses use rather similar designs in an effort to cut as much mass as possible and make the mouse easier to manoeuvre, especially for gamers who game for hours on end.

Unlike consoles, for which you can’t gain an edge by having a lighter controller as these are pretty much standard, your pc gaming can really get a boost from having a lighter mouse. Most of the other gear, such as a pair of gaming speakers for console, can be used for both consoles and pcs.

A trend that was arguably birthed by the likes of Glorious and Finalmouse, the top 5 lightest gaming mouses now come from a variety of manufacturers. More importantly, they also come in different sizes, features, and shapes these days. This means that there are the right light gaming mice for everyone out there.

With that said, we’ve decided to recommend a list of the top 5 lightest gaming mouses.

Keep in mind that, for our article’s purpose, we intentionally omitted gaming mice weighing more than 80 grams. In fact, we believe anything more than 70 grams is cutting it too close to heavy territory.

So, if you think that you won’t like a gaming mouse that weighs less than 70 grams, you might want to look elsewhere.

The Glorious Model O was one of the first true lightweight gaming mouse on the market.

However, despite having seen plenty of competition, even from its very own manufacturers, Glorious, it remains an easy pick as one of the top 5 lightest gaming mouses out there, and for good reason.

It takes things up a notch by using flexible material for its cable that further adds to the gliding ability of the mouse. In addition to this, it uses the PMW 3360 optical sensor, which is widely considered as the best sensor available for gaming mice today.

Sporting an ambidextrous design and weighing just 67 grams, the Glorious Model O might not be the lightest of lightweight gaming mice, but it’s easy to see why many consider it as the best.

One of the lightest gaming mice around, the Cooler Master MM710 weighs a measly 52 grams. However, you wouldn’t know from holding it. It sports a solid and sturdy build that belies its lightweight and because of its rather thick design, the MM710 should fit in quite nicely on a wide variety of hand sizes and grips.

Good build quality and lightweight aren’t the only selling points of the MM710 though. In addition to both saleable qualities, the MM710 uses the PMW 3389 sensor. Although the difference in speeds between the PMW 3389 and the PMW 3360 sensor is irrelevant for most gamers, for the more finicky ones, even the most minute of differences count. Not to mention, the PMW 3389 does have the small advantage of letting you change the DPI by smaller increments.

While the lack of RGB lighting and plain-looking design might be seen as a disadvantage, it could also be a selling point for those who don’t want to jump in on the whole RGB trend.

But, if you must insist on RGB lighting features, the MM711 is available for slightly more. It also comes in more colour options. However, you’ll have to put up with some noticeable added weight as well.

We know. We’re contradicting ourselves here. We said earlier that we’d pretty much ignore anything that weighs more than 80 grams. But, here’s the thing, until you find us a lighter alternative to the Logitech G Pro Wireless, it stays on top of our recommendations as one of the Top 5 lightest gaming mouses.

80 grams isn’t much, especially when you don’t have to worry about a wire. Not to mention, because of its excellent wireless performance, with a high-quality proprietary sensor, you wouldn’t think that you were playing with a wireless mouse in the first place.

Also, let’s not forget, the Logitech G Pro Wireless has a battery life that can last as long as 60 hours when the lighting is off.

The Logitech G Pro Wireless is the complete package for those looking for a wireless gaming mouse.

In addition to its lightweight and high-quality sensor, the G Pro Wireless comes with as many as 8 programmable buttons and a maximum DPI of 16,000. More importantly, it has full RGB lighting. Not only that but if you’re a fan of Logitech gaming peripherals, the mouse is a logical choice because you can synchronize its lighting with your other Logitech products.

The Logitech G Pro Wireless used to be the only lightweight wireless gaming mouse worth considering.

Then Razer came with the Razer Viper Ultimate and everything changed.

It’s not necessarily better than the G Pro Wireless, but it is superior in some aspects. Case in point, it has a longer battery life (70 hours vs 60 hours) and also comes with RGB lighting. Not to mention, the wireless performance is just as good as any high-performance wired gaming mouse.

What sets the Viper Ultimate apart though is it uses optical mouse switches and uses Razer’s very-own Focus+ optical sensors.

The former was only previously seen only in Razer’s own line of mechanical keyboards using opto-mechanical switches.

It remains to be seen if it has significant advantages over other mouse switches. However, the design does help speed up click speed by a couple of milliseconds because it eliminates the de-bounce delay associated with common mouse switches.

In addition to this, the latter is claimed to have the “highest specs in the market” with a resolution accuracy of 99.6%.

Ultimately, what we’re trying to say here is that the Razer Viper Ultimate is a high-performing gaming mouse for those who want to settle for nothing but the best.

If the price is too steep for you though, the wired Viper costs significantly less and also weighs a couple of grams lighter without giving up too much in terms of performance.

The Roccat Kone Pure Ultra uses a traditional shell, unlike the other lightweight gaming mice that you might have seen on the market. However, despite its more normal-looking aesthetic, the Kone Pure Ultra is able to maintain a relatively light weight of just 66 grams. This puts at among the lightest of gaming mice out there.

But, that’s not all. The Kone Pure Ultra is able to maintain such a light weight without dropping features such as RGB lighting and a high-quality sensor in Roccat’s very own owl-eye optical sensor.

In addition to this, the Kone Pure Ultra also uses what Roccat describes as an “evolutionary performance coating”.

As a result of this coating, the Kone Pure Ultra resists dirt and keeps wear at a minimum. At the same time, the design is responsible for allowing you to maintain a tight and firm grip of the gaming mouse in the midst of the most frenetic firefights.

With high-octane and frenetic FPS titles, as well as twitch-happy MOBAs, both en vogue these days, there are plenty of reasons why you should invest in a lightweight gaming mouse.

In addition to letting you aim or react more quickly and accurately, a lighter mouse will be far easier on your wrists and shoulder.

Lucky for you, you won’t need to do the research on the best lightweight gaming mouse out there.

Thanks to our recommendation of the Top 5 lightest gaming mouses, finding the right lightweight gaming mouse that fits your preferences, tastes, and budget, will make for a relatively easy task.