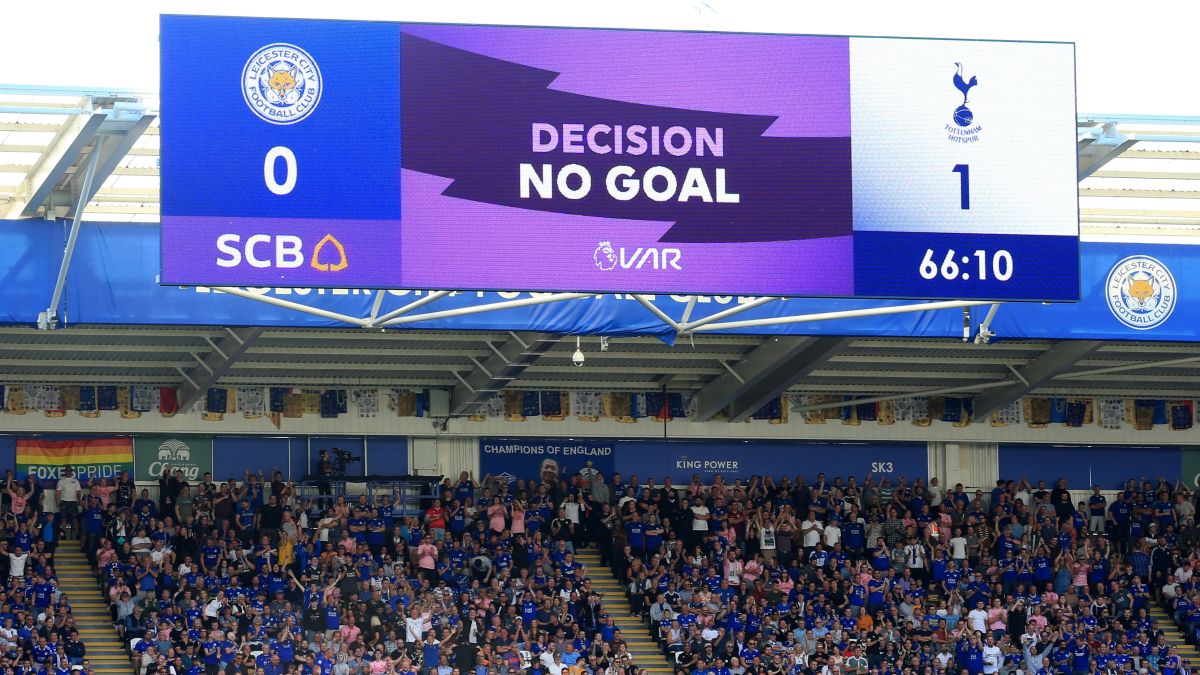 Having reared its ugly head at the start of the Premier League season, once again it reared its head again in the German Bundesliga at the weekend having ruled out a goal scored by giants Dortmund against league leaders Borussia Mönchengladbach for an infringement that some football fans seem negligible. Technology in football seems to be killing the round leather game.

Lately, the introduction of the Video Assistant Referee is one innovation that has damaged the sport. Having reared its ugly head for two seasons in the German league, it is now common in the Premier League, UEFA Champions League, and some other top European leagues.

However, the VAR technology is an ideal system for governing bodies and corporate sponsors whose investments rest solely on the success of the football clubs they’re splashing the cash on. What VAR has done to fans today is, rather than celebrating the euphoric goal moment, football enthusiasts now celebrate goals with an eye on the large screen and the other eye on the center referee, just in case the technology has spotted an offside or handball or infringement with its eagle eye microscope.

Named the ‘The Beautiful Game’ because of its simplicity in the early days. Football used to be a game that only stops at halftime. Sport is no longer that ‘beautiful game’ for those who play or watch. Nowadays, the two-minute VAR break is a time for commercial opportunities. It has become an emotional killer for some of us.

Last weekend in the Premier League, Divork Origi was fouled in the build-up to Rashford’s goal, the foul was spotted by the VAR, but the goal stood. Few minutes after Sadio Mane’s goal was canceled after the VAR spotted handball. Talk about inconsistency in technology.

In the game between Dortmund and Mönchengladbach, this ended 1-0 in favor of Dortmund, this video technology struck once again. Germany international Marco Reus was key to the VAR scenario, with as little as his heel off the line, in an offside position, despite the remainder of the midfielder’s body being ahead of the Borussia Mönchengladbach defender.

To everyone at the stadium and to those watching from home, the German is onside. The league match was however halted for some minute, and the still video was zoomed in until it was unanimously clear that the German was offside. The VAR drama left the beautiful goal that Belgium international forward Thorgan Hazard scored against his previous football side.

When Borussia Dortmund scored another disallowed goal, the call was correctly adjudged this time as Marco Reus was seen obstructing the view of goalkeeper Yann Sommer as Brandt found the net, instead of the screens displaying jubilation scenes; the cameras went straight to the center referee just in case the goal decision was to be changed due to the eagle-eye of VAR. The technology has diluted the emotion of goal scoring and the euphoric moment of jubilation.

VAR is the symptom of an unclear offside rule. For many years, the offside rule has a week in week out divided opinions, but the motive of introducing it was to avoid goal hanging. Truly, Goal-line technology was a great innovation because technology is clear and instant.

Until our recommendations, we have designed two ways to possibly rectify the VAR-robber. Complete removal of the VAR altogether and the returning of decisions to the assistant referee – Linesman. Truly, we will have few incorrect decisions, but only the little ones that wouldn’t give the forward a clear advantage. This will bring back the human factor to football.

Although, we would see few situations where some crystal clear offside is given or vice versa, on a general note the correct decisions would be made.