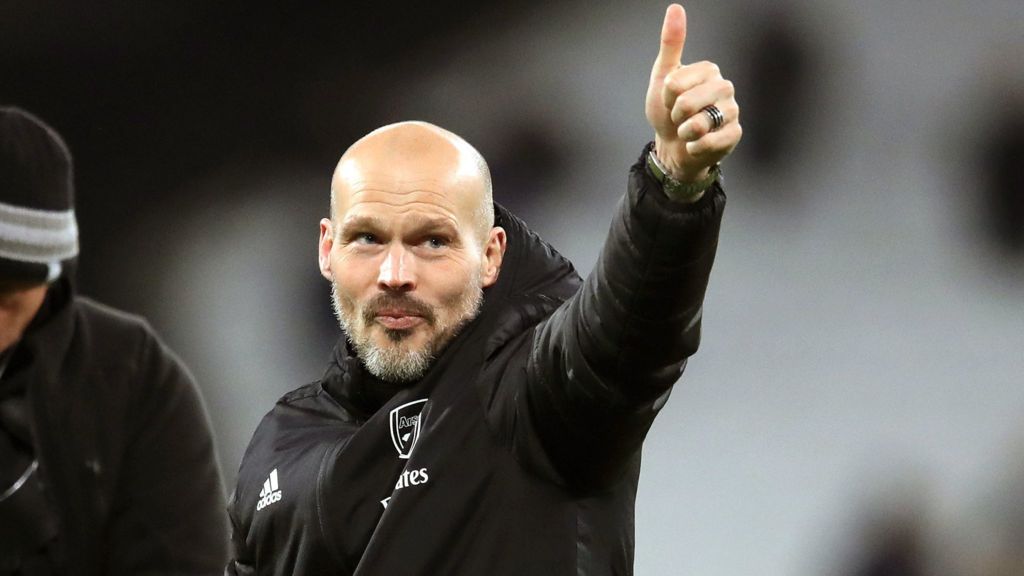 Arsenal did a 10 game streak before winning a competitive game against West Ham United on Monday night. This was the longest run at the club in 40 years.

This was a record that has allowed to happen mainly based on the fact that the players are more confused than ever before. Arsenal are in a situation whereby they are desperate to get out of regardless of how it happen.

This has hampered how they play and not concentrating on their strength but playing to the strength of the opposition team. When the club sacked former manager Unai Emery for poor results, it was expected that the new manager bounce will work on Arsenal and the North London club will pick up immediately especially looking at the fixtures ahead.

Playing Norwich and Brigthon Albion in your first two games as a manager is the best you could ask for.

It however seems these teams got the memo on the form of Arsenal and were gun blazing against the Gunners. With result this bad, blame games have been passed around but the cause have to be looked at very well and a long lasting solution preferred.

It all started when Emery played players in positions they are not comfortable with which makes life very difficult for them. How do you justify playing a natural defensive midfielder who all he knows how to do best is win tackles and distribute short passes as your number 10?

Despite not working, the next thing the former Arsenal manager did was bring in the natural 10 and push him wide.

The most prolific striker at the club get pushed wide just to accommodate two strikers. This did not work for so long that it started taking effect on the confidence of the players. Teams were also seeing this and were willing to capitalize on this.

So the decision to return the players to their natural positions will not automatically guaranty instant improvement on results. That was what happened to Arsenal. It is all known that the team can never be that bad that they were 10th on the log.

There are cracks in the team but the role of the coaching staff is to shield that as much as possible and play to your strength, especially against weaker teams. It was that bad that Arsenal got 2-2 draws against all the three teams in relegation zone.

With the West Ham win, it will at least boost the confidence of the team going into the next league game against current champions, Manchester City.

Whatever the result may be, the team can learn from their past mistakes and ensure they start getting the needed points before the gap becomes too wide to catch for a top four finish. Arsenal are seven points adrift fourth place Chelsea and with 22 round of matches left, all hopes of a top four finish is not lost.

There is also the option of the Europa league being a realistic way of getting back into the Champions League. A new chapter has just been opened in the book of Arsenal if they can tap into the new system and go all way out and compete like their squad quality indicates.