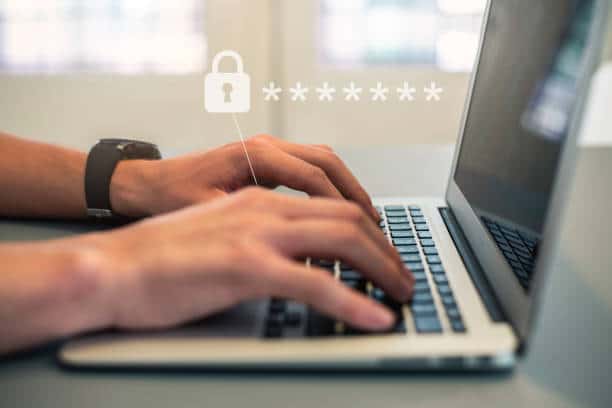 In this Avast Secureline VPN Review, we’ll go through all of the specifics for you so that you don’t have to do any additional research.  Talk about service with a smile!  Now kick back, relax and read about Avast’s VPN and how it works to secure your internet connection.

You might have heard of Avast before as being one of the most trusted anti-virus software companies. Back in 2014, they went all in and decided that a VPN was their next endeavor.  Enter the Avast Secureline VPN.

Since they are an anti-virus company, security is their main focus.  Making sure that your internet browsing is safe is the top priority for Avast.  Keep your private information, private.  The Avast Secureline VPN utilizes thousands of server locations around the world to encrypt your data.  It is compatible with Windows and macOS devices and Android and iOS smartphones.  One of the drawbacks is that Avast Secureline VPN is not compatible with Linux.

Because Avast Secureline VPN has hundreds of servers around 34 different countries, it works to automatically find the closest server to you when you connect to a third-party internet service.  Speaking of 34 different countries, one of those is China.  That’s right.  Despite most VPNs not having a server in China, Avast does and the VPN works in China.  The server is located in Hong Kong.

Back to your connection, whenever you connect to a hotspot, Avast Secureline VPN’s service will be fast and secure, protecting you from internet hackers.  In addition to protecting your IP address while you are on a public network, use Avast Secureline VPN while you are at home as well.  Speed tests have shown that this VPN isn’t the fastest VPN around, but not the slowest either.  It ranges right in the middle of the pack.

It’s also made with 256-bit military-grade encryption which is the most secure there is.  It offers DNS (Domain Name System) leak protection to ensure that nothing leaks out despite having the VPN activated.  Avast Secureline VPN also allows torrenting or downloading data from other user’s devices logged onto the network rather than downloading from the central server itself.

Avast has a strict no-logs policy.  They won’t keep any data logs of your internet activity.  However, they do keep connection logs of your total connection time and how long you were connected.  This kind of information helps them better understand how the servers function and keep them from being overwhelmed by too much traffic.

Avast Secureline VPN has excellent customer support if you have any issues with the VPN with a live call center.  There is also an online support center with a ton of answers to frequently asked questions to help you troubleshoot yourself.

They offer a 7-day free trial, so you can see what Avast Secureline VPN is all about before you take the plunge.  Put that credit card away because you won’t need it for the free trial.  Once you decide to purchase the VPN, there is a 30-day money-back guarantee if you decide it’s not for you.

Will Avast Slow Down My Internet?

There are always many questions about VPNs slowing down internet connections because of the encryption and secure channels.  Usually, when there are many servers, that will help a VPN perform faster since the internet traffic is more spread out to different locations.

Avast Secureline VPN uses fast servers and a limiting protocol which helps to reduce the risk of the servers becoming overloaded.  Because of this, most people will have no issues with their internet speeds when connected to Avast.

If a user notices an issue with Avast’s VPN for some reason, it might be the result of using more than one VPN.  If you are using Avast Securline VPN and connect to another VPN, the data might be going through too many encryption channels.

While this will make for a very secure connection, it will also cause your internet connection to slow significantly.  If you are having a tough time with your internet speed, consider turning off the other VPN and just using Avast.

In this Avast Secureline VPN review, it’s essential to look at some competitors to understand better where Avast stands in the VPN market.  We know the Avast VPN can work for you, but how does it compare to ExpressVPN, Surfshark, and NordVPN?  Let’s take a look.

ExpressVPN is one of the best VPNs on the market.  One of the reasons is the number of servers that they have.  ExpressVPN offers over 3,000 servers in over 94 countries. In comparison, Avast Secureline VPN has only about 700 servers in 34 countries.

There is a reason that ExpressVPN is at the top of the market.  While Avast might not be able to compare to ExpressVPN’s large number of servers, they set themselves apart by offering anti-viral software as well as VPN services.

Also, a speed test shows that Avast Secureline VPN’s speed ranges between 450-600 Mbits/s which is pretty fast, especially for a download speed used for streaming.  While both have similar features like a kill switch and the ability to connect to up to 5 devices simultaneously, ExpressVPN probably wins this battle.

Both of these VPNs are newer to the market.  Avast was introduced back in 2014 in the Czech Republic, while Surfshark came into the market in 2018 via the British Virgin Islands.

These VPNs offer many of the same features like the kill switch, military-grade encryption, and excellent customer support.  Again, what sets Avast apart here is its ability to offer a VPN with anti-viral software.

While Surfshark doesn’t provide antivirus protection, it does give you an excellent VPN at a lower cost and offers a monthly subscription.  With Avast Secureline VPN, you must commit to a year or longer.  Since both use a VPN server with high-quality and similar features, we will have to call this one a draw.

When it comes to comparing to NordVPN, the issues are similar to ExpressVPN.  NordVPN is one of the highest-ranked VPNs on the market.

It offers server locations in over 50 countries and over 5,000 servers worldwide.  Avast cannot compare when it comes to the number of servers.  Both VPN providers offer similar services like hidden IP addresses, high speeds/performance despite the high amount of data transmitted and excellent customer service.

While Avast offers more than just a VPN service option, NordVPN has its beat in this competition.  Give Avast a few more years to get some more servers going, and we’ll have a rematch.

Both Avast and Norton have made a name for themselves in the market and prove worthy competitors.  As far as which one is best, Norton has the edge over Avast when it comes to anti-viral software due to their advanced security measures.

However, in terms of VPN services, Avast wins that battle as it offers a broader range of options, a one-button connection system, and can be used on various devices.  Maybe we’ll call this one a draw as well.

With a growing number of VPN servers, 256 bit AES encryption, DNS leak protection, and an excellent value for money, Avast Secureline VPN is working its way to the top of the VPN market.  What it lacks in server numbers, it makes up for in features.  Couple with packages that provide you an excellent VPN and anti-viral software, we think you hit the jackpot.

Using a VPN doesn’t have to slow you down.  It can provide much-needed security to your internet browsing and streaming while gaining you internet access to the ever difficult BBC iPlayer.  Choose your optimal location and get started with this secure VPN.  We definitely recommend Avast Secureline VPN.  Happy safe streaming!