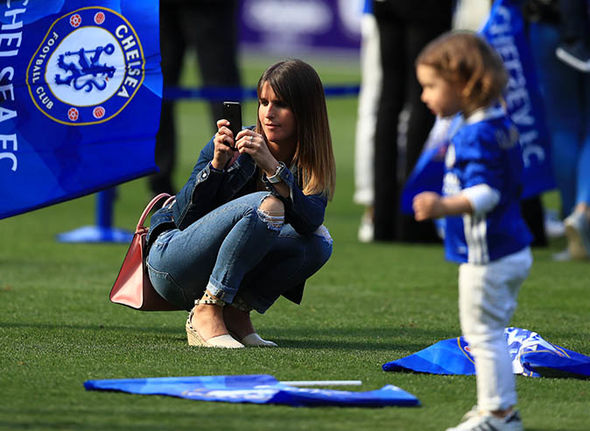 Have you ever wondered how the life of the superstar footballers goes outside the pitch? They are also humans like and have relationships like we all do. We however always looked at them often from the point of only delivering what we wanted on the football pitch.

One player that has been able to create a lasting relationship for himself and shy away from the media’s attention on his relationship is Eden Hazard. The former Chelsea playmaker has stuck with his childhood girlfriend so many media reports have not emaciated due to the fact that he has not changed girlfriends or filmed around unclad girls.

Eden Hazard’s childhood girlfriend, Natacha Van Honacker has been the only lady known with the footballer since the start of his career and how both have stuck together since the beginning is worth emulating. They are now officially married and we can now call her Eden Hazard’s Wife.

The whole relationship has gone so well right from the start that it was always going to be Natacha Van Honacker he was going to end up marrying, barring any unforeseen circumstances. When she got pregnant with their first child when Eden Hazard was 19, it was another signal that they were going to be together.

It was still early days in Eden Hazard football career so many would not have thought he was going to be a superstar like he is right now.

Trying to shape your career and becoming a father at 19 was never an easy one to take at that stage which was the same on Natacha Van Honacker’s side, but as things turn out, they were able to manage it very well. At age 21, they became officially married in a secret wedding that had only close friends and family in attendance. 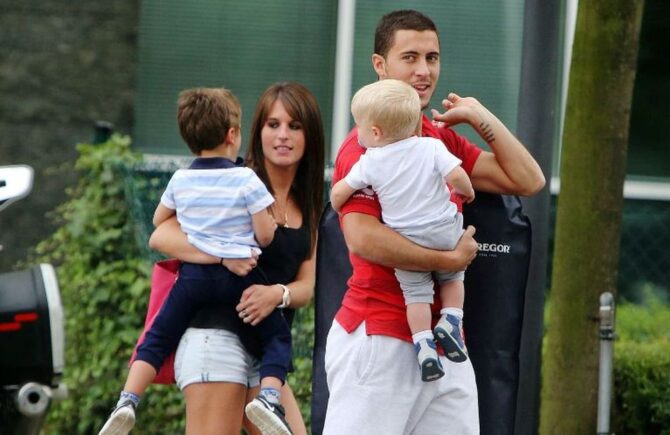 In 2005 when a deal came for Eden Hazard to move abroad to Lille from Tubize, he was already in a serious relationship with Natacha Van Honacker and she couldn’t move with him to France immediately as she was a student. After Natacha Van Honacker graduated from school, it didn’t take long before she moves to France to join the love of her life.

It was in France that Eden Hazard’s career started taking shape and everyone had the real chance to see the kind of player he really is. Unknown to many then was that  Eden Hazard had his girlfriend always behind him then and that has always been a morale booster that is not in the open to the media.

It is amusing to note that despite being the wife of a popular football star, Natacha Van Honacker has been able to keep a low profile. How she has done this in the age of social media needs to applauded. She is unique in her way and has been like this all along before Eden Hazard became popular and she’s not willing to change that for anything.

What is more important is that she has maintained the low key life of someone who doesn’t want to be seen. She is not active on the popular social media pages like Facebook, Twitter or Instagram. Why this is important mentioning is that the kind of low profile life Natacha Van Honacker has maintained outside of the scenes has a way that it influences Hazard on the field.

He has no distraction about media bringing up a report that he was at a night club or filmed with different ladies after a game. Her presence in Hazard’s life did not create room for negative PR on his footballing life which is very uncommon in the social media age.

This is also why Eden Hazard is seen amongst his teammates as a typical family man and this is a key factor in deciding where his future will be when he wanted to leave Chelsea. He considered his family before making the move to Real Madrid which he could have done a year earlier. The move to Real Madrid has come at a point in his life that he had to take the next step in his career.

Going to Real Madrid was a decision that was all agreed with his wife before the end of the season when he made it official after the Europa League final. Eden Hazard’s wife and two kids all have moved to Madrid with him and he now has a new life in the capital club. 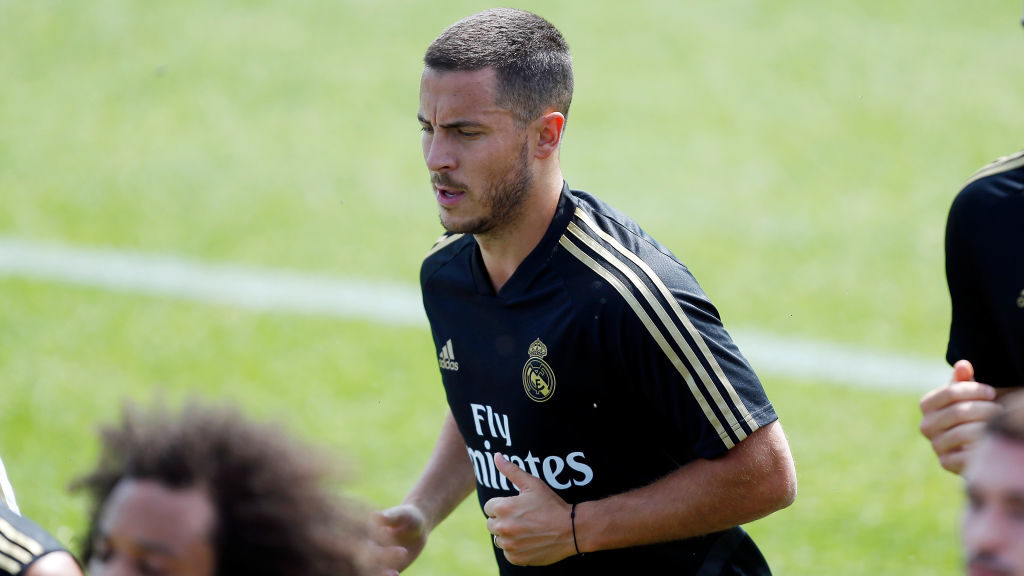 Despite things not going as planned early in his Real Madrid career where he has only scored just a goal, he is sure he will pick up over time when he is settled at the club.

It is not uncommon to have news of big-name players moving to Real Madrid and having news report about how their family life or extravagant lifestyle have affected their non-performance in the team, none of that has been said of Hazard and a big credit has to go to Natacha. The injury early in the season is a factor that has affected his game.

Coming back from that injury and the whole team struggling and having to be the star man in such circumstances is becoming too much on him but the club is confident that over time, he will be able to come out good for them.

The postponement of the El-Classico against Barcelona till December, he will have enough time to have gotten into his rhythm and that will also boost the team chances of winning the game.

What is left for Eden Hazard now is to continue to impact the game at Real and improve on his numbers? Nobody expects a €100m player to be having a single-digit goal in the season not alone not being the talisman of the team.

As the season gets into the crucial part where the title race becomes a battle between Real Madrid and Barcelona, then Eden Hazard needs to step up his game.

Thorgan, Ethan and Kylian all have their elder brother to look up to in the game and also learn a lesson from the way Hazard has managed his life with his wife is a factor in all of his success.