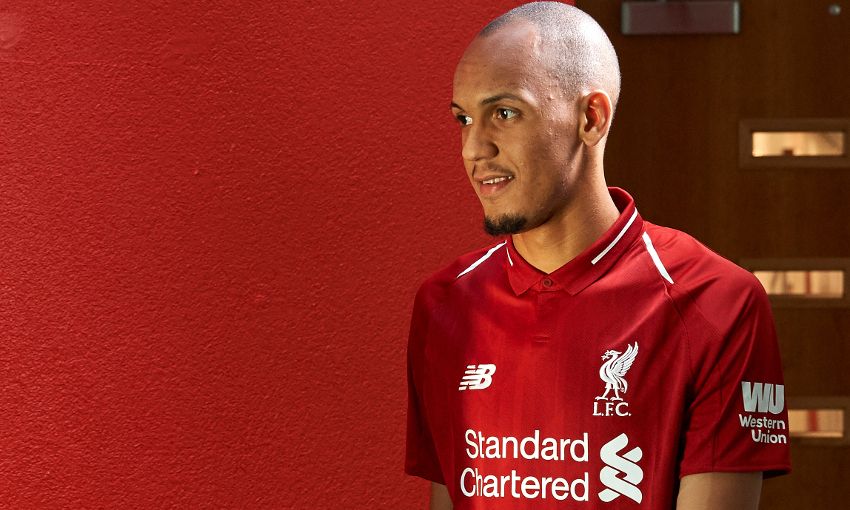 Liverpool started their transfer business early in the summer by acquiring the service of Monaco midfielder, Fabinho. The Brazilian has linked up with Jurgen Klopp’s team and he’s set to make his debut on the opening day of the new season.

His arrival has gathered a lot of optimism at Anfield as he is seen as the player set to bring balance to their squad.

The Reds ensured that the arrival of Fabinho was concluded early for several reasons. He is expected to play alongside other new arrivals and understand the pattern of the coach for the new season.

Looking at the early training sessions Liverpool have had, it is obvious his place in the starting line-up is almost sealed. This is because he has the tenacity to help shield the defence, break play and also contribute attacking wise to the team.

A mixture of everything. The kind of midfielder that Liverpool has been craving for since the departure of Stephen Gerrard.

The tactical approach of Jurgen Klopp has always been one which allows one of his midfield players to roam the pitch. The last player that was close to doing that was Phillipe Coutinho, but he eventually left for Barcelona.

With the 24 years old Brazilian coming to the premier league from a league where midfield domination is key, the French Ligue 1, Liverpool is getting dynamism and stability all in one signing.

The team reaction to such a signing is that attacking players like Mo Salah, Robert Firmino, and Saido Mane will have less to do defensive wise. They have more time to concentrate on their primary duty on the pitch.

They will latch on any opportunity that the likes of Fabinho present to the team. The work becomes easier when Fabinho has the likes of Naby Keita playing alongside him who will make the job seamless.

During the course of last season champions league, the Reds lost Ox Chamberlain to injury while the likes of Can and Henderson were hardly fully fit for the high pressing games that were coming thick and fast.

The ripple effect of this was felt in the final after Salah was substituted due to injury. A player like Fabinho in that team on the night would have helped steady the game for 90 minutes.

Anfield is expected to be on fire with an electric performance from Fabinho who has not to disappoint since bursting to limelight with Monaco two seasons ago.