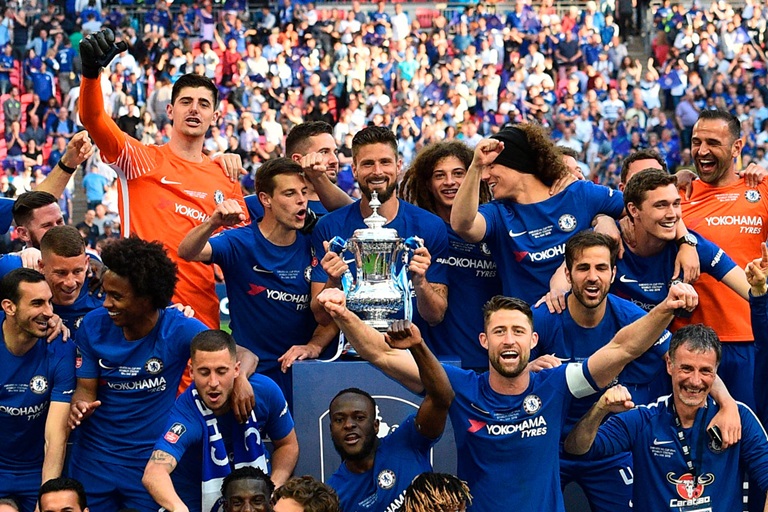 Chelsea’s dreams of a summer squad overhaul have been dashed after the club was banned from signing players for the next two transfer windows. The Blues were found guilty of breaching rules relating to signing teens.

What this means is that Maurizio Sarri would have to work with the same set of players until the summer of 2022. FIFA said Chelsea had been found to have “breached article 19 of its regulations in the case of 29 minor players and to have committed several other infringements relating to registration requirements for players.”

However, this does not affect their ability to release or bring back loan players. The Blues have two options in terms of recruitment: recall young guns out on loan or get players to join on loan.

Only a few players will accept to be a temporal fix. Except, of course, freebies. Here are three free agents the London side can turn to.

A Premier League return will interest Rabiot after a forgettable first stint with Manchester City. The 24-year-old endured a difficult three months in England, failing to secure a contract from the Citizens.

Over a decade after, Rabiot established himself as a complete midfielder at Paris Saint Germain but is desperate for a new challenge elsewhere. The Frenchman will add depth and steel to Chelsea’s center.

Herrera is out of contract at the end of the season. Talks over another have been ongoing since last summer and the club are so far refusing to meet his hefty wage demands. Chelsea should sting their rivals as he is a relatively low-cost midfield option.

With passion, love, spirit, and energy for the game, Herrera will fit the Blues. His intensity in winning the ball back is integral to how Maurizio Sarri wants Chelsea to play. The Bilbao-born midfielder matches the pressing done by the forward players to eventually force the opposition into a mistake – then the counter-attack starts.

As Robben approaches his career twilight, a return to Chelsea won’t be dreaded. The Dutchman’s three years at Stamford Bridge beamed the torchlight of Europe’s top teams to his incredible attacking prowess.

Although 35, the ex-PSV starlet still has plenty of fuel to burn. At least for another season.  Fast, skillful, creative and physically strong he is as quick as they come with a wonderful touch that leaves defenders trailing in his wake.