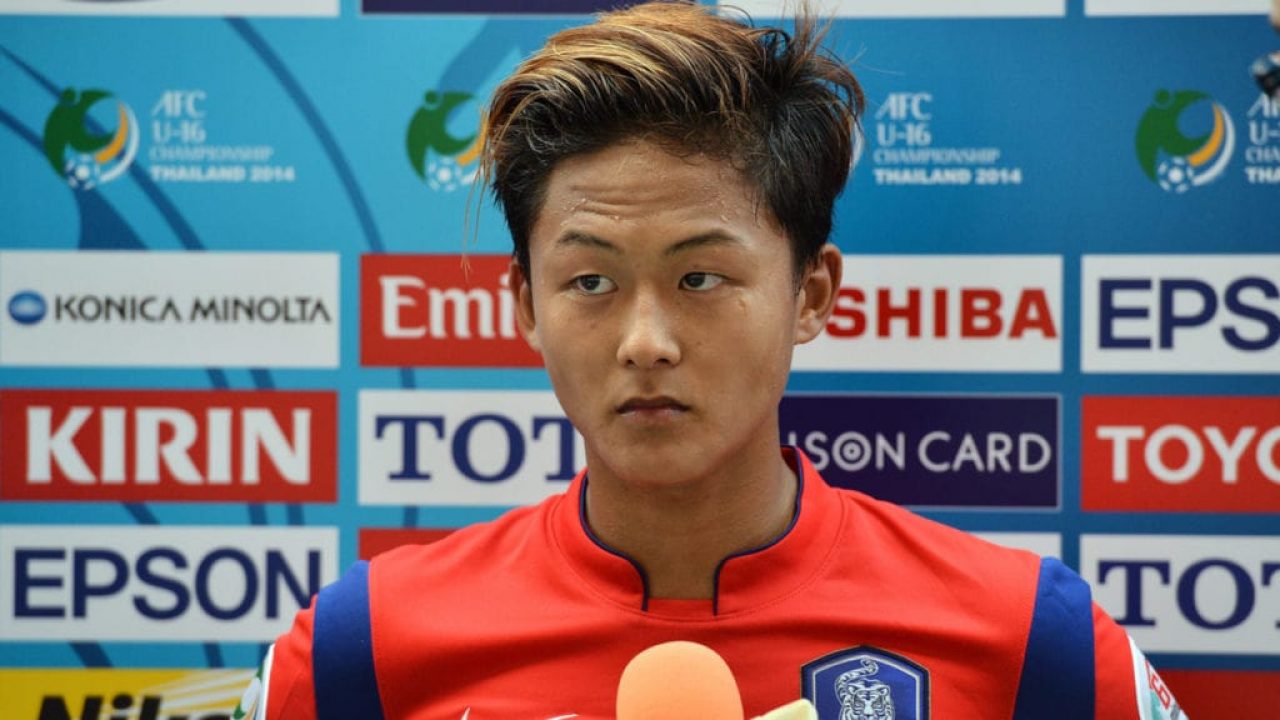 In football, the level a player gets to at the top is determined by many factors, some within the reach of the player, while others are external factors that he can’t do much about. This is same for all footballers and Lee Seung-Woo’s case is not different.

Lee Seung-Woo is an exceptional young player that has grown to become another player that plays the game of football when the opportunity was available to become the next Messi.

The level a player like him can get to is dependent on how well he is ready to learn the game and put himself in a situation where all is possible to achieve. However, it seems he didn’t get someone to let him know this early on in his career.

Lee Seung-woo could have gone on to be another Asian star that did not just make it it in football but also a model. He has everything that is needed to make this a reality as he looks more like a model than a footballer.

A David Beckham kind of player. One that many brands will be jostling to sign to have represent their brands. This is only possible when they see the player is doing well in the game and has gained enough attention, then they will be willing to use such a player for advert or endorsement deals.

This could also be an opportunity that many at home in Korea will be able to see him as role model and have his pictures across their wall. These are the things a naturally talented player benefit early on in their career if they remain committed to the game.

Lee was born in South Korea, the home country of Tottenham attacker, Heung Min Son. Lee was so good and talented that clubs started noticing him at an early age of 12. This was a natural talent that no one could doubt.

It was the Danone Nations Cup in Johannesburg, one of the most prestigious tournaments for young footballers and a window shopping opportunity for some of the world’s biggest clubs that his talent was noticed.

He finished as the top scorer. It didn’t take time before Barcelona snapped him up and sign him to their La Masia academy due to his natural talent.

He was shattering records in the youth system that was set by Lionel Messi that many started calling him the new Messi. His playing style was also very similar to the Argentine like being quick on his feet, skilful and an unforgiving relentlessness towards defenders very fast. So it was like a carbon copy of Messi that Barcelona were preparing for the future.

Lee’s growth was now becoming more visible as he progressed to the under-16 when he was selected to represent South Korea in the 2014 AFC U-16 Championship qualification.

It was a very bad day for the defenders of the opposition team as he dribbled past them countless times and scored four goals in the match. He continued this form all through the tournament.

The Under-16 Championship in Thailand was the icing on the cake for many that were still in doubt of his talents to see how brilliant this young South Korea boy was.  Lee proved absolutely unstoppable and finished as top scorer and MVP.

The problem started after this tournament for him as it was now known to him too that he is well on the rise to become someone great in the game. This started getting into his head and his attitude off the pitch was becoming unbelievable.

When he was selected to play for South Korea in the country, he drew attention to himself in a bad light when he kicked an advertising hoarding during a match after he was substituted. This was very irresponsible of a young player just coming through the ranks.

He also did something that angered the Korean fans. Korean protocol amongst senior players is to bow as they leave the pitch, but Lee much preferred to sulk in silence without paying any respect to the fans or just signaled how much he appreciate representing his beloved country. This took most of the attention of the post-match discussion.

The behavior exhibited by Lee was obviously going to hurt him as he progresses in his career but he didn’t know how much it could be a damage to his career. He was criticized by both coaches and team mates for his attitude and started having fans and friends turning against him in the national team despite his talent.

To make the matter worse for Lee, a FIFA 2014 investigation showed that his transfer to Barcelona bridged some FIFA ethics and as such can’t play for the club until he turns 18. This was a 2 year spell out of active football. It was a very bad period for him in his career.

His behavior didn’t not allow many to pity his situation and was out of competitive game for this period. After he turned 18, he returned to train with Barcelona B side and was only able to feature in a game for the side.

It was at this point many suggested that he might not be having a future at Barcelona anymore. Within the period he had been away, the club obviously have a pool of talents coming through which would have impressed while he was suspended. It was believed that the baggage he came with was becoming too much for Barcelona to bear and was a logical decision to consider selling him.

Barcelona finally found a club that were willing to buy Lee. He joined Italian side Hellas Verona F.C. for €1.5m in 2017. With the hope that things might turn in future, Barcelona inserted a buy-back clause in his contract. It is still expected Barca might make a bid for him as he is 21 but all that depend on how he turn out to be.

Moving to Serie-A was a big lesson for him and now he has learnt that the hard way as Hellas Verona now play in the a much tougher league and the hope of getting a move to Barcelona in future continue to diminish.