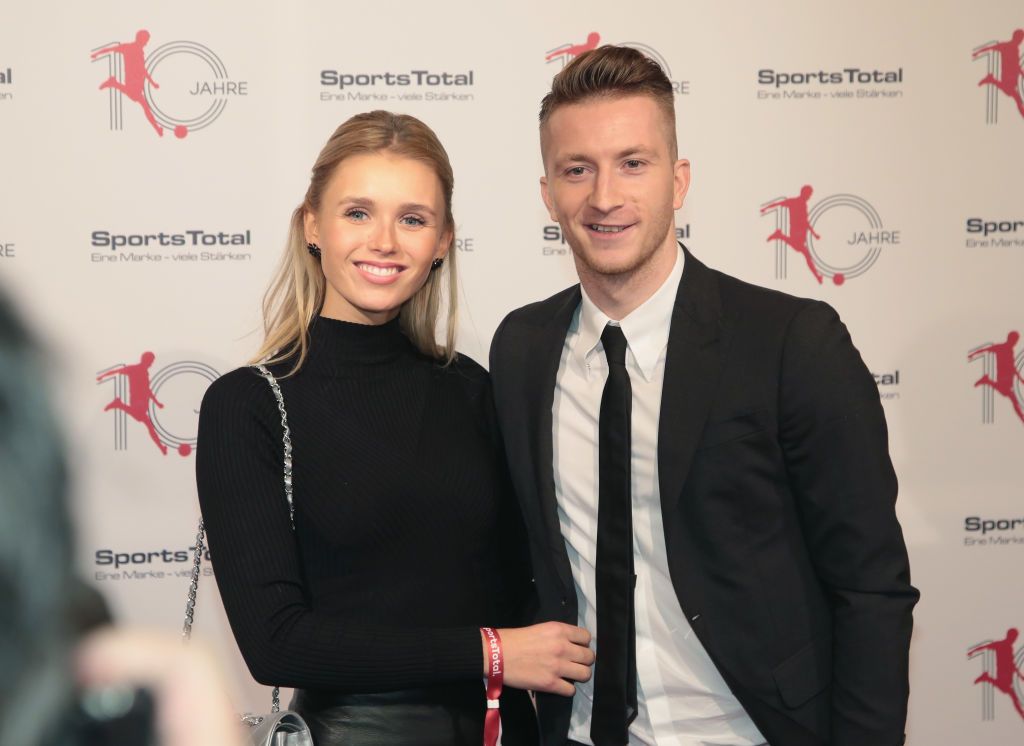 A few years ago, Marco Rues was one of the best players to ever come out of Germany but due to reoccurring injuries, the Borussia Dortmund captain has missed out of two world cups. He is recognized for his unique talent after breaking out at Dortmund before he was loaned out to Borussia Monchengladbach to gain experience and when he returned he became a mainstay in the team. He has now grown to become the captain of the team.

It is now time to look into his personal life and how he has survived off fields, especially during those injury times. An in-depth analysis will be done on Marco Reus’s wife Scarlett Gartmann to see how she has been part of the footballer’s life and the effect on him. The focus will be mainly on her and her story and how she has helped his recovery during the trying times.

It seems it was a perfect match as both enjoyed each other’s company, especially during trying times. it didn’t take long before Rues knew this was the right person for him and decided to get married to her. The wedding was however a small event with only close family and friends on the 21st of December 2019.

Going out with a footballer or a popular figure means more scrutiny into your private life. More information will be gathered everywhere to know who she really is.  So it is no surprise when many decided to find out more about Scarlett. She was born in Hagan Germany on the 24th of October 1993 into the family of Ralf Gartmann and Christine Hartmann.

The soon to be 27-year-old wife of Reus lost her father when she was still seven and was raised by her mother and grandmother. She is 174cm tall which makes a perfect fit to be a model which he does as her profession. She models for the popular car brands, Hyundai. Scarlett also does other things to enjoy herself as she is an avid equestrian.

Her passion for horses is something he loves so much that she shares her stories with Lisa Muller, wife of Rues’s national teammate, Thomas Muller. She also shares pictures of her riding a horse on her social media pages.

She has a very huge followership on her social media pages, especially Instagram. She also runs a YouTube channel that she uploads all her workout videos and daily vlogs.  Her audience are those that follow her for being a model and others simply because she is a footballer’s wife who they love.

With over 8,300 subscribers on the YouTube page, the number of people that will be seeing her videos and will be interacting with it will also be a means of financial income if well monetized. Those fitness videos she shares on YouTube and Instagram wearing sporting apparel could also serve as a source of income as she could be advertising for the brands.

Her sense of fashion can never be questioned if her pages are followed. Whenever she shares a picture either on Instagram or YouTube, she is always looking ravishing. she has a variety of collections that she wears and all are always looking good on her. From sports apparel to casual clothing to elegant or event dresses, she never fails to appear in a very attractive mode.

When it comes to her net worth, she would have gathered enough income from her various source of income. From her routine modeling job to her Instagram accounts that have over 266,000 followers to her YouTube channel which has 8,300 subscribers, it means that her income is well spread.

It is however not known her exact worth except that of her husband, Rues who is worth around $20 million. It is known that she has a tattoo on her wrist but she doesn’t like displaying it. Rues also have the same tattoo on his shoulder, a lion. Whatever the lion symbolizes to the family is personal to them and is not known to the public.

Despite their busy career that could take them off the line in their respective ways, they have created time to have a great family and spend time together. They have a girl together in March 2019. She realized she was pregnant in 2018 with Rues’ first child but they have kept it a secret until the birth of the child as the public does not share the girl’s picture or name on social media despite their heavy presence on social media.

During the trying times when Rues missed out on international tournaments like the 2014 world cup, it must have been a tough time for the star but having a partner that is as supportive as Scarlett would have made him have less pain about the recovery.

With consistent injury by the footballer, it is likely his career will not be as captivating as he would have wished and this could force him to early retirement. That will mean that he will either have to go into football management or do something else entirely. One close option is to join Scarlett Gartmann and become a full-time vlogger or model.

The German star also has an adorable look like his wife and could make a living from it. The two complements each other in ways that they need to develop. They will serve as motivation to young footballers and models who might be having issues combining the football and modeling career with growing a family in the best of ways.

They only have a daughter for now but the way they have managed the secrecy of their child means that they will be able to do a good job when they decide to do more.