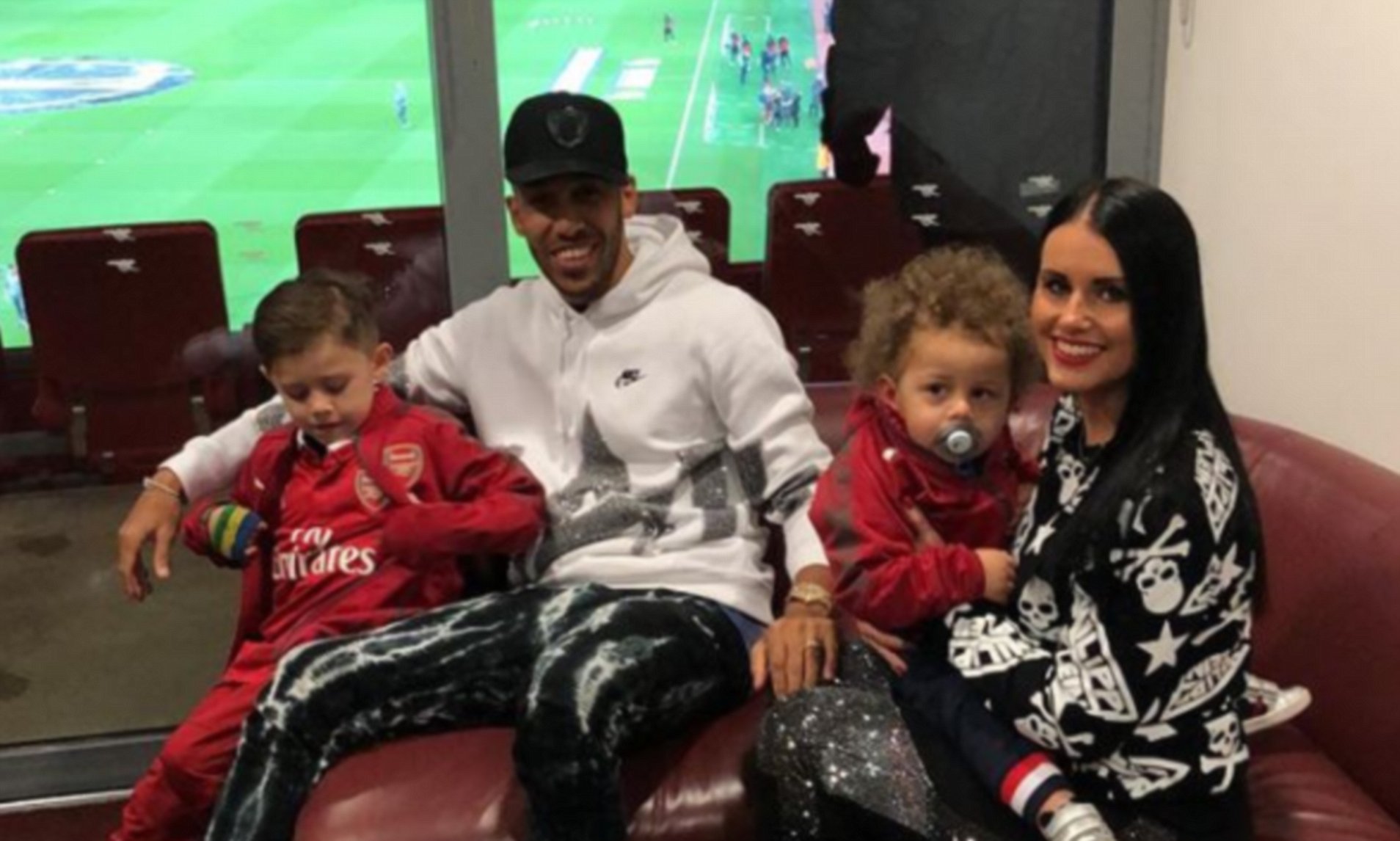 One of the best strikers in Europe is Pierre-Emerick Aubameyang and he is known for his flashy lifestyle. The Arsenal forward is one player that comfortably balances being a good footballer to a fashion freak. That is why many are not surprised about his choice of partner.

Pierre-Emerick Aubameyang’s wife, Alysha Behague is a 33-year-old French who studied in Senegal. She is the woman that brings a smile to the face of the Arsenal captain. She is someone that has been pictured several time in public with Aubameyang which shows they are very open with their relationship and are proud of each other. We will be looking at who really Pierre-Emerick Aubameyang’s wife, Alysha Behague is.

Aubameyang’s private life has really been in the open ever since his days at Borussia Dortmund which is why it is easy to know much about his personal life. They have been together for at least ten years. Their relationship is one of those describe as we ride together forever.

Behague studied in Senegal at Lycee Gaston Berger and later returned to France. She has followed Aubameyang around Europe as he searches for first-team football and he tries to establish himself as a first-team player. It was first at AC Milan which he did not get playing time before he was he moved back to France where he was first noticed by many for his goal-scoring prowess.

Behague followed him back to France when he moved to Saint-Étienne. Alysha Behague is very active on social media as she constantly shares pictures of the two love birds with her over 61,000 followers on Instagram and across other social media platforms like Snapchat and Twitter.

It was early in their relationship that they decided to have kids together. They welcome their first child on August 13, 2011, and he was named Curtys Aubameyang. The boy who is now nine got a brother a few days to his fifth birthday. He was named after his father, Pierre.

It was Aubameyang’s idea to name the boy after him. So the couple have two boys together. Having two boys and naming one after himself is a common phenomenon in Africa as it seems like a replica of the father or someone to keep the father’s name going as many have an ancestral family name as their last name.

Behague did not object to this and as long as it a great name for both of them. They have lived happily ever since and they share a lot together. The family has spent time on holidays at their choice location during the football off-seasons.

Behague loves to tour the world and she does this alongside her husband. One of her favorite locations is New York City. The couple has visited the place several times. She also loves shopping when they go for these trips. She is a fan of the popular and expensive brands.

There are pictures of them shopping from popular design shops like Gucci and eating at Nobu Fifty Seven. She is also a big fan of the brand Moschino, as she is often pictured wearing its clothes. it is obvious both are fashion freaks and it is a common thing that can make the home fun. When the husband wants to go for a fashion event, the wife is always there to support and follow him. The couple are a perfect fit for each other as they enjoy similar things.

When it comes to cars, Aubameyang is a big fan of the best cars available in the world. He drives the latest of various sets of cars. Alysha Behague has been pictured in some of the exotic cars that is owned by her husband and it seems everything owned by the Arsenal man also belongs to the wife.

There are pictures of her riding his Ferrari and Porsche several times. she has a big influence on him on and off the pitch. Arsenal are trying to get Aubameyang to sign a new deal at the club but nothing concrete has been sealed yet. If all things are been equal, she will have a big say on whatever decision he will make.

She might be able to persuade him to stay at the club and in London as the family doesn’t want to relocate again. This is the kind of deals that make a player stay or leave a club and lines like “family reasons” are given as excuses as seen with Nacho Monreal who returned back to Spain at the start of the season.

There is also an underlining influence Behague play in his improvement at Arsenal and his settling down at the North London club. Aubameyang started his first Arsenal game a few days after he signed for the Gunners and scored in a win against Everton.

However, at one point last season, he was going through a tough period as he was struggling to get goals. Those periods must have been a very tough time for him and the presence of his wife would have made it easier to end quickly.

As the season come to an end and the striker helped his club win a trophy and qualify for the group stage of the Europa League, it must have been one proud moment Behague will be proud of to see her husband lift his first trophy at Arsenal and as the team captain. Moments later as they enter a short break before the season start will be crucial in convincing him to make a decision on his Arsenal future.

London is a very beautiful city to live in and if she loves it in London, it will be almost impossible for Aubameyang not to sign the contract. What will be left will be the board bringing in a good offer and support the coach with other quality signings that will not make his goals less valuable.

For a striker scoring 29 goals in all competition, he will have expected to see his team play in the Champions League if not win the league. The next few weeks will be crucial for Aubameyang’s future and his wife will play a big part in helping him make that decision.