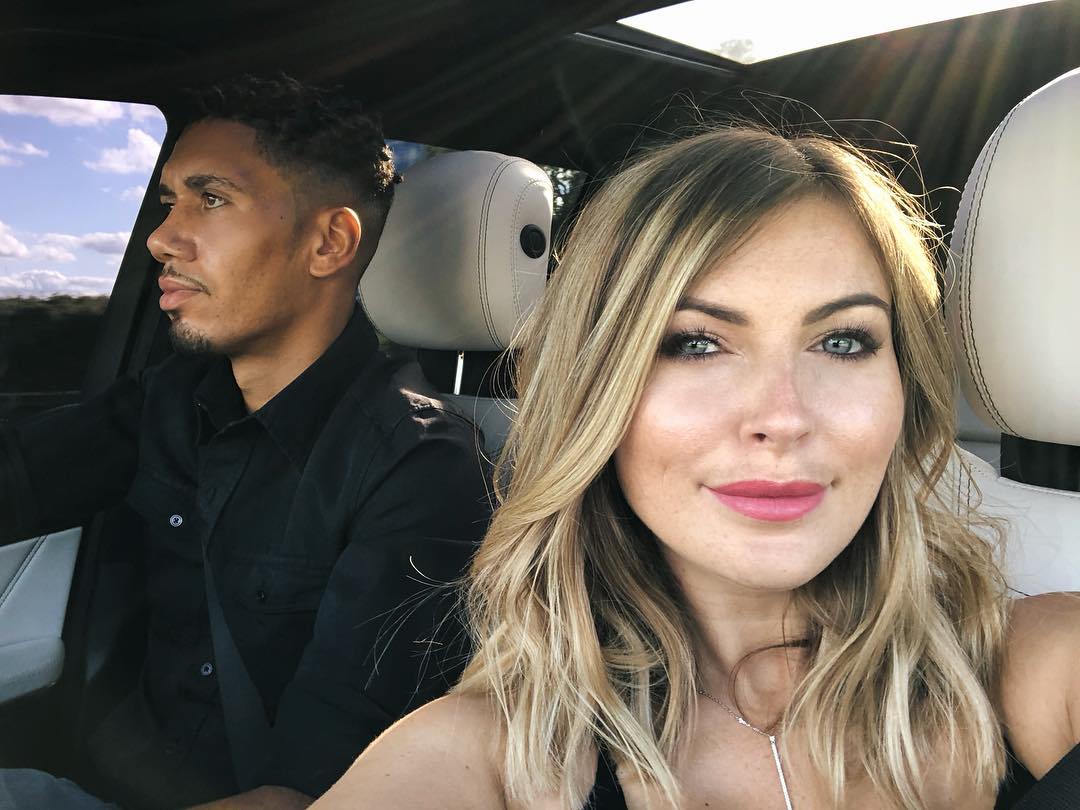 Chris Smalling might not be one of the biggest names in football, but he will definitely rank high amongst his pairs when it comes to footballers that married superstar models. The Roma loanee is married to the popular Manchester model Sam Cooke.

It will be interesting to look into who Model Sam Cooke is and how Smalling has been able to capture her heart. There is little known about her and we hope to share information about her in this piece to show that footballers sometimes attract the very best of ladies regardless of their level, either world class like the Ronaldo and Messi of this world or just squad players like Smalling. Sam Cooke is a very good case in point.

Sam Cooke was born on the 19th of November 1985 and has taken up the decision to be a model very early in her career. This has earned her several opportunities at a tender age which made her a known personality especially in the city of Manchester where she is from. One of the major highlights of Cooke’s career was winning the famous Page 3 Idol competition by the Sun in 2006.

This gave her the podium to showcase herself to the world and with that, she has been able to appear in numerous magazines.  The United Kingdom magazines she has featured for include FHM, FRONT, Maxim, Loaded, Zoo and Nuts. She has also featured for Hot Shots Calendar. All these were before she started going out with Chris Smalling. In fact, Smalling was just coming through the ranks at Fulham in 2006 and not dreamed of joining Manchester United.

As Cooke grows her career so was Smalling improving as a footballer and also getting national team call-up. He was part of the England squad that went for the 2016 European Championship. He’s yet to be wife was there cheering her up as he appears in the Three Lions jersey for his country.

It was a relationship of stars. Both couples had things going for them and all we’re going very well. That was why it wasn’t a surprise to many when they decided to get married in 2017. They became officially a couple in 2017 when they got married at Lake Como in Italy.

Cooke has had a massive influence on Smalling in ways that might not have been imagined by his friends. Smalling became a vegan all thanks to his wife and has been eating healthy which he also believed helped his recovery rate from injuries. Smalling has taken it a notch higher by becoming a brand ambassador for a vegan diet as he campaigns for a vegan diet and kindness to animals through advertisements for People for the Ethical Treatment of Animals(PETA). As of February 2019, he became a patron of education charity Football Beyond Borders.

She looked phenomenal in her plunging white gown, under which she went braless which was off the regular wedding gown known by many to wear this gorgeous gown that flashed her skin. While her husband was clad in a white tuxedo, Sam’s look was wholly more casual yet still super sexy as she sizzled in the slinky gown. The dress was obviously a conscious effort to show that she was braless but also to showcase her beauty from head to toe.

One thing Model Sam Cooke does well is leverage on her social media presence. She is a very active user of Instagram and has large followership that practically see her as a god. Being a model that has come up through the ranks made many see her as not an instant success or accidental success, so believed she could be the right person to follow for advice especially for young ladies that want to go into those industries she is currently in.

One major story she shared on her Instagram page was how she has been diagnosed with IBS (a functional disorder of the gastrointestinal tract, characterized by recurrent abdominal pain and discomfort, accompanied by alterations in bowel function) when many thought she was pregnant.

The message was to inspire people going through a difficult period to know that they don’t need to be ashamed of themselves with whatever they are going through. They need to know that things aren’t perfect for everyone, including the so-called superstars like herself. That was a very deep message that went viral and it was truly something someone in her position needed to say to inspire young ones to not always mask their deficiencies under filters on social media.

Cooke was eventually pregnant for Smalling and the couple shared the story on their social media pages. She first mentioned it in December last year that the couple will be expecting their first child this year before she was spotted in public with her body shape giving full credence to the earlier post in December.

It was obviously intentional to go out and be spotted like that as she enjoys the attention and draws more people to what she does. She was spotted while stepping out of a vegan eatery trying to enter one of Smalling’s car, a black Benz. She has been more vocal about her vegan recipes these days and it was logical she was going to combined being seen at a vegan shop to publicly announcing her pregnancy.

It was a good publicity show-off.  They were expecting a baby boy by May which came as expected. Smalling and Cooke have an adorable family and the couple hopes to keep the family love like that regardless of the footballing difficulties Smalling is facing as regards where he will be playing next season, either at Roma or back at United so as not to affect his family moving around the world.