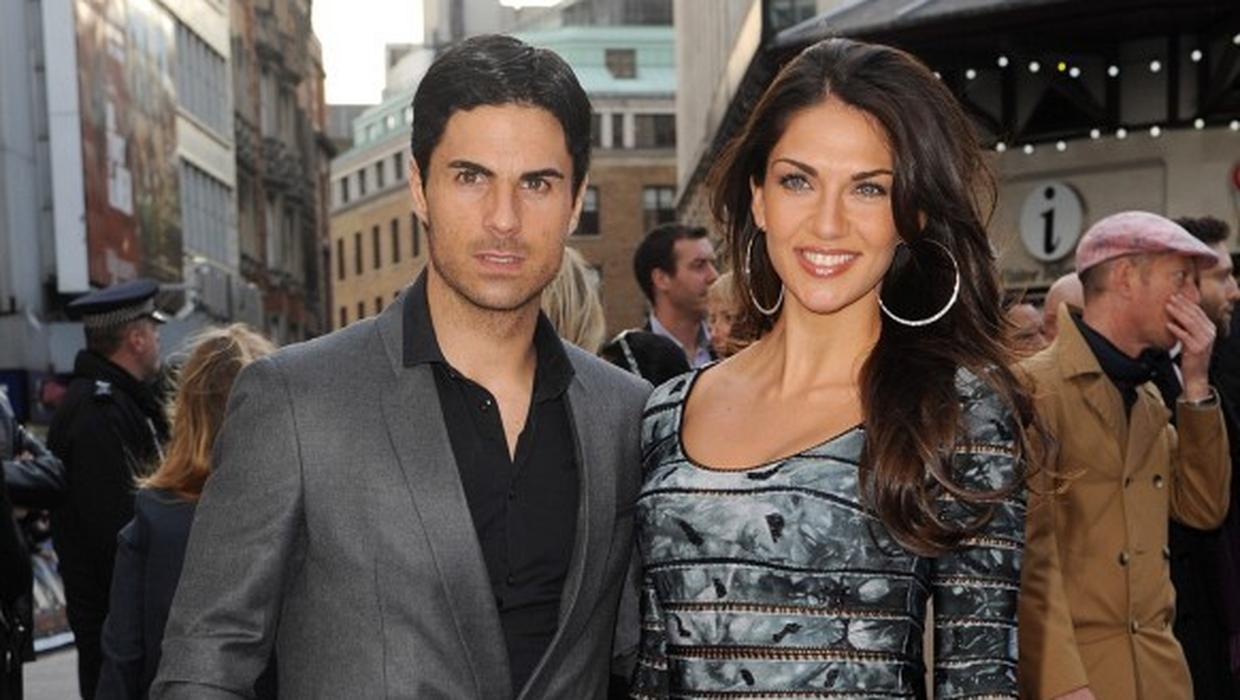 Mikel Arteta has become one of the most popular names in London in recent times now after leading Arsenal to an FA Cup triumph against Chelsea. This win guarantees that the North London club will be in Europe next season and represent the country in the Europa League.

We will however be looking more into the personal life of the Arsenal head coach and his wife, Lorena Bernal Martin. Mikel Arteta’s wife is a very adorable woman that has a love story stretch back with the Arsenal coach. The couple has been together for as long as possible two adults have been together.

They are one of few relationships that have stood the test of time and they are still waxing strong together. We will be looking at the journey so far between Mikel Arteta’s wife and the Arsenal manager and how they have been together their love story and the personal life story of Lorena Bernal Martin.

When Arteta took over at Arsenal in November 2019 after the sack of Unai Emery, many started looking into the personal life of the new Arsenal man and how he has become the youngest manager in the Premier League but got one of the best jobs in the league at Arsenal. One of the things that were found was the inspiring story about him and his wife.

So attention was drawn to know more about his wife. The couple has been officially married for the last 10 years but their relationship dates back to 2002.

Then, it was just a normal relationship that many never knew about and so nothing much was expected of it except for the now couples who knew what they were doing and end up settling down together. They got married in a very well celebrated wedding attended by friends and families in Arteta’s home country, Spain in the city of Mallorca.

Lorena Bernal Martin was born in San Miguel de Tucumán, Argentina May 12, 1981, which makes her 39-years-old, a year older than Arteta. Her parent relocated to San Sebastián, Spain when she was just one and that was where she started her education.

She attended the French Lycée Français de Saint Sebastién, and then she went to study at the Maurice Ravel school in Saint Jean de Luz across the border in France. Bernal is fluent Spanish, French, and of course English.

She has been a model at the young age of seven but she decided to more just more than a model when she grew older and started branching out into other aspects of entertainment. She started a career in acting my enrolling in training to become an actress. She was signed up for by her parents at age 13.

This is to help fulfill her dream of becoming an actress. It has been since this teenage age that her career has been taking great shape to become a future superstar. If at 13, she was already both an actress and a model, it wasn’t going to be surprising to many to see her go far in those two aspect of her life and that was exactly what happened.

She became Miss Spain (Miss España) at the age of 17 but could not represent the country at the Miss Universe competition because of her age which the tournament requires any candidate to be at least 18. However, she made it to the Miss World and she even qualified among the 10 finalists.

The Miss World catapulted her to global stardom and she has been able to ride on that to become many other things and take her career to the next level.  She became a TV host and actress afterward. Lorena acting career started in Spain in regular movies before getting features in TV shows.

Her popularity continued to expand that she got featured in one of the episodes of the popular American TV series ”Chuck”. Bernal also made an appearance in the famous TV series CSI: Miami. With this kind of profile, it was going to be difficult to not have a social media presence. She is very active on the major social media platforms.

Her most active social media platform is Instagram and she has over 41,000 followership. She is also very active on Twitter. One of the things that have worked in Lorena’s favor as a model is her height. She is 173 cm (5 ft 8 in) tall. Having multiple streams of income means that she has been able to build wealth for herself. She is estimated to personally worth £5 million, but there is no official information regarding the question. Her husband, Mikel Arteta is however estimated to worth around £15m.

Mikel Arteta’s wife has shown that she is not only successful as a career woman but also as a family woman. The couple are blessed with three children. They had their first son in 2009 and named him Gabriel while the second was named Daniel after his birth in 2012. Lorena had their third child in 2015 in Spain and he was named Oliver.

The couple has successfully lived together and helped each other grow as they advance their career. What is known is that there are influences that couples have on each other that are not known to the public. A classic example was how Arteta went through his Covid-19 virus and came back even a better coach.

It must have been difficult to be amongst one of the first set of popular figures in UK to contract the virus. The presence of Lorena will have done so much that could not be reported. The lockdown also gave him to think critically on how he plans to set up his Arsenal team for the season when the league resumes and this was very clear post lockdown in the Arsenal Performance.

They have helped each other grow and it is only a matter of time before reports will be done on Lorena as Arteta become more successful and his profile become bigger. It will also be a win for Lorena in her acting and modeling career as she will be getting free publicity.