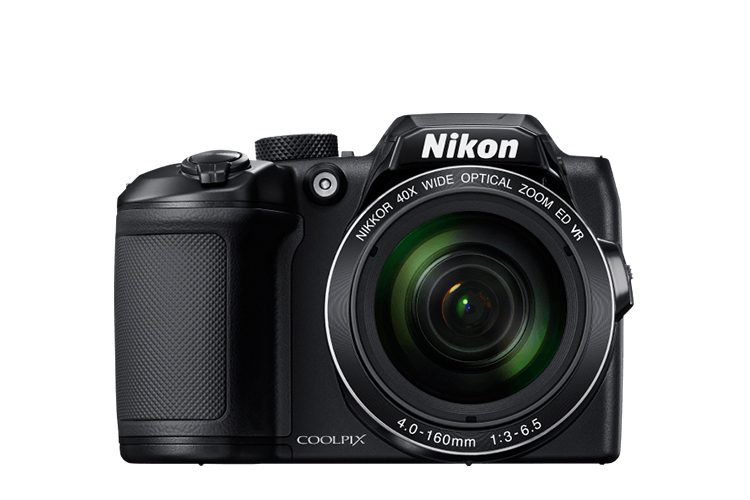 DSLR cameras are expensive. Not all of us can afford us. Even when you can afford one, you most likely won’t have enough money to accessorize the camera properly to make full use of its capabilities.

Luckily, there are other alternatives out there.

For example, there are a number of DSLR-style digital cameras available on the market that aren’t as expensive and nowhere near as bulky.

Among those kinds of digital cameras, the Nikon B500 stands near the top.

Not to mention, it comes with a whole suit of features that are only commonly found in more expensive digital cameras, including but not limited to built-in Wi-Fi functionality, as well as NFC pairing, and that’s on top of its optical zoom range of 40x.

First things first, don’t buy the Nikon B500 if you want a portable digital camera.

It’s not like you can’t just carry anywhere, but the Nikon B500 is quite heavy and bulky. This is especially true for a point-and-shoot camera.

However, for what it’s worth, the B500 is still smaller and lighter compared to a traditional DSLR camera, which is still a good thing.

Additionally, the B500 makes good use of its added size.

In addition to the 40X optical zoom lens, which has a maximum telephoto setting of 900 mm, it has a right-hand grip that helps give it a far more comfortable grip and hold the camera, especially when you’re shooting on the go. Not to mention, if you need larger and more robust zoom lenses, they are still available.

Speaking of design, the B500 looks rather basic. It’s not bland, dull, or boring, by any means, but it won’t be turning heads anytime soon.

With an estimated weight of around 542g with 4 x AA batteries, it’s also reasonably light.

Another reason why the B500 is heavier than most point-and-shoot cameras is because of its battery life.

You won’t have to worry too much about a drained B500 battery, even with the Wi-Fi feature turned on. Plus, because it uses AA batteries, it’s not that difficult to find battery replacements, especially if you didn’t bring your charger with you or you have no spares available.

Nikon fitted the B500 with a 90-degree tiltable LCD screen that’s roughly around 3 inches in sizes.

This makes it relatively easy to shoot the camera once you’ve attached it to a tripod, as well as shoot high and low-angle shots. However, because you can’t tilt the LCD screen by 180 degrees, snapping selfies won’t be as easy nor as convenient.

It’s also a shame that the display screen doesn’t come with a viewfinder feature nor does it swivel horizontally.

If it’s any consolation though, those are the kind of features that you’d expect to find in more premium and expensive cameras, which the B500 is not.

This means that both share a couple of features, including the same 16-megapixel resolution and ISO6400 sensitivity range. You’ll also get video recordings up to full HD 1080p with stereo sound, as well as full-resolution still shooting capabilities at 7.4fps, with the B500.

The B500 also has an automatic shooting mode that detects scenes, as well as comes with a number of filter effects, as well as a panorama mode, for a more creative shooting experience.

Going back to its design, the B500 is no different from other compact cameras.

The B500 has minimal buttons, all of which are properly laid out for convenient access.

This includes the zoom controls, which are mounted on the sides, making them relatively easy to use. And while it lacks a viewfinder function, it does have a 921-dot resolution LCD monitor with wide viewing angles.

Speaking of minimal, the B500 only has an HDMI and USB port.

As is typical of most digital cameras, the B500 can take SD, SDHC, and SDXC memory cards.

Expecting DSLR-quality shots at this price range is wishful thinking, and that holds true to the B500.

Because it’s only equipped with a rather small 1/2.3-inch image sensor, the image quality of the B500 is severely hampered. But, then again, that’s to be expected, and among its competition, the B500 doesn’t necessarily lag behind. In fact, taking shots in daylight results in a surprising amount of accuracy and vibrance, which make for excellent high-quality prints at typical sizes.

It is only when you’re printing out high-quality large prints, or maxing out the zoom capabilities of the B500, that the limitations of the small sensor starts to show.

Low-light performance of the B500 isn’t half-bad either.

There might be some noticeable loss of detail at low lighting situations. However, the images you shoot are still usable at 1SO 800 and even at ISO 1600. It also helps that the B500 has a “Vibration Reduction” feature that helps improve camera stabilize and minimizes shaking when you don’t have access to a tripod and you’re shooting by hand.

In burst mode is one of the situations where the B500 shines the most.

A common issue with zoom cameras is their slow performance in burst modes. However, with the B500, you can expect to shoot full-resolution images at 7.4 frames per second, which means that it can even outperform more powerful and more expensive DSLR cameras.

Unfortunately though, the B500’s burst mode does come with limitations. Case in point, you’re limited only to 7 frames.

Beginners and professionals looking for a daily driver may want to take a look at what the Nikon B500 has to offer.

Casual shooters, in particular, will love the B500.

Sure, the B500 is not perfect, but unless you’re willing to shell out significantly more, the B500 is arguably as good as it gets within its price range.

Is the Nikon B500 Worth the Money?

Available for around half or less than half the price of most DSLR cameras, the B500 hosts a mix of features that’s hard to find on the market.

Sure, there are cameras with more optical zoom, but they’re not powered by AA batteries and are significantly heavier as well. Meanwhile, other AA-powered cameras aren’t as powerful nor have as many premium features as the B500.

A quick rundown of its best-selling features make the B500 an easy recommendation.

This includes its wide-angle 40x optical zoom lens and its full HD video recording capabilities with stereo sound. It also has Wi-Fi and Bluetooth functionality. That’s on top of NFC pairing.

This means that, not only is the B500 relatively powerful, but it’s also easy to connect with your smartphone. This is great for a camera that’s seemingly built to be a daily driver.

The image quality of the B500 could be better, especially when using the optical zoom, but for casual and daily use, this lightweight and compact point-and-shoot camera shouldn’t disappoint, especially at the price that it’s sold.