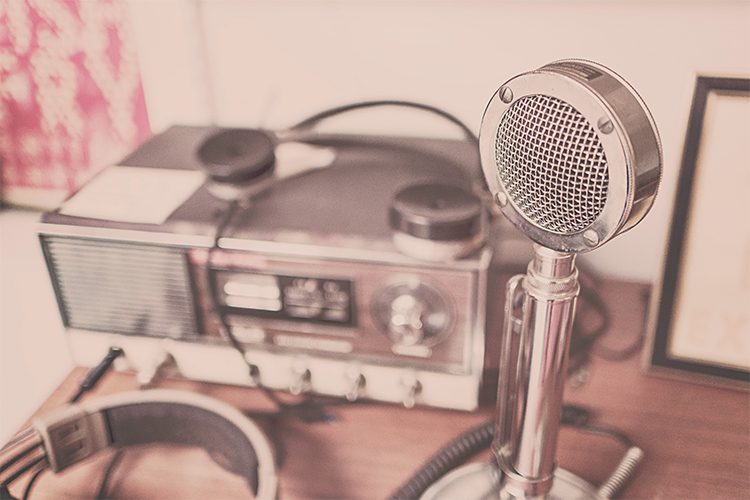 Whenever things go south, or so to speak, you can’t always rely on your smartphone to keep you updated with real-time news and weather reports. For that, you’ll need something more reliable if ancient.

We’re talking about having the best emergency radio.

Featuring multiple power sources, and other important features, having the best emergency radio can save you out of a potentially dangerous situation.

For emergencies and for just whenever you feel like you’ll need a radio with you, the Midland ER310 is easy to recommend.

One of the best things about ER310 is three. Namely, the three power choices that it has.

In addition to having rechargeable batteries, the ER310 is also solar-powered and hand-cranked.

In particular, the hand crank feature is so well-integrated that it’ll take you no more than 10 minutes of cranking to get as much as 10 minutes of power.

If that is not efficiency, then we don’t know what is.

The solar power feature is arguably just as efficient as well, even if the weather is not as agreeable as you’d like it to be.

Lastly, the ER310 comes with a battery indicator that lets you know if when you need to think about recharging the emergency radio. As an added bonus, you can also use the ER310 as a power bank in a pinch.

Equipped with a CREE LED 130-lumen flashlight with SOS beacon flashing and adjustable brightness levels, as well as an NOAA weather scanner on top of automatic alerts and an ultrasonic dog whistle for good measure, you’ll have a multitude of options available to you if you want to alert rescuers in an emergency situation.

The only thing that’s keeping the ER310 from a no-brainer is that it’s not waterproof.

If it’s any consolation though, it is water-resistant, so there’s that.

It feels somewhat unfair to recommend two products from the same company in a row, but it’s just how good Midland makes their emergency radios.

An older and more affordable version of the ER310, the Midland ER210 doesn’t really give up much when compared to its younger and newer sibling.

It still sports the same durable build and set of features, including a multitude of charging options, built-in weather alerts and portable size with a bright flashlight, among many other things.

If the ER310 is not available in your area, or you feel like spending a couple of bucks less for what’s essentially the same product, the ER210 might just be the best emergency radio that’s not the ER310.

The Sangean MMR-88 Emergency Radio is another strong contender for the title of the best emergency radio.

For emergencies, the MMR-88 is fitted with an extremely robust kit. This includes a built-in phone charger, as well as an adjustable LED flashlight that can send out signals via SOS Morse code. It also weighs less than a pound (roughly 850 grams) and can be powered manually via a hand crank or solar panel, or through a USB jack.

In addition to this, the radio comes with a public alert certification for severe weather warnings, as well as 19 preset channels that make it easy to pick out important situations and/or frequencies in emergency situations.

What helps separate the MMR-88 from the rest of the competition is its set of extra features.

Aside from what we’ve already listed above, the MMR-88 comes with a built-in clock function, a stereo headphone put, as well as a shut-off feature that kicks in immediately after 90 minutes for better battery efficiency.

The CC Pocket belongs to the latter.

Weighing just a quarter of a pound with a size that’s no bigger than the majority of today’s smartphones, the CC pocket is a nice and handy emergency radio that won’t take up a lot of space but don’t necessarily leave you shortchanged in terms of features.

For example, the CC Pocket has AM/FM capabilities, as well as NOAA weather emergency alerts. It also comes with as much as five one-touch memory presets, as well as a built-in speaker, and a pair of earbuds. In addition to this, the CC Pocket can be powered by two AA batteries that can last as long as 75 hours, depending on how it’s utilized.

The CC Pocket also comes with other extra features that only serve to strengthen its case.

From backlighting to a sleep timer, as well as an alarm clock and a built-in clock, and an option to disable the display so you can extend the battery life even further, the CC Pocket is tough to beat.

Normally, a budget-range emergency radio doesn’t have any business being on lists like this. However, the Epica Emergency Radio provides far more value than it has any business of doing, at a price point that’s considered chump-change for most people, to make it well worthy of consideration.

But before anything else, just keep in mind that the Epice Emergency Radio was not built to cater to people who can and want to spend a lot.

The Epica Emergency Radio is the best emergency radio for people who don’t have much.

Sure, you’ll have to make certain compromises. But, at the same time, the Epica comes with quite a lot. Case in point, it comes with a 3-LED flashlight, 3 ways to charge, a digital tuner, as well as NOAA VHF weather frequencies.

Not to mention, it does all of these while being small and compact enough to be attached to your belt with a carabiner clip.

Equipped with a litany of features that’s hard to find in other emergency radios, let alone all of them in one, the Kaito KA500 might just be the best emergency radio that money can buy today.

But, that’s not all. The KA500 even comes with a LED signal indicator for more accurate channel-tunning, as well as a two-band shortwave that grants users access to the public emergency alert system, on top of the NOAA channels (7), as well as a 14-5-inch telescopic antenna.

You can also use the KA500 to charge mobile devices, or as a reading lamp, flashlight, or as an SOS light.

Whether you’re travelling a lot and find yourself in the middle of nowhere often, or you just need something to put inside your to-go bag in case of emergencies, having the best emergency radio can make a significant difference in how well-off you are when you find yourself in an emergency situation.

With that said, we hope that our recommendations can be of use to you.

We made sure to consider multiple factors to make sure that we can recommend to you the best emergency radio that fits your budget and preferences.