Skip to content
Home » OBD I Vs OBD II: What Is The Difference? 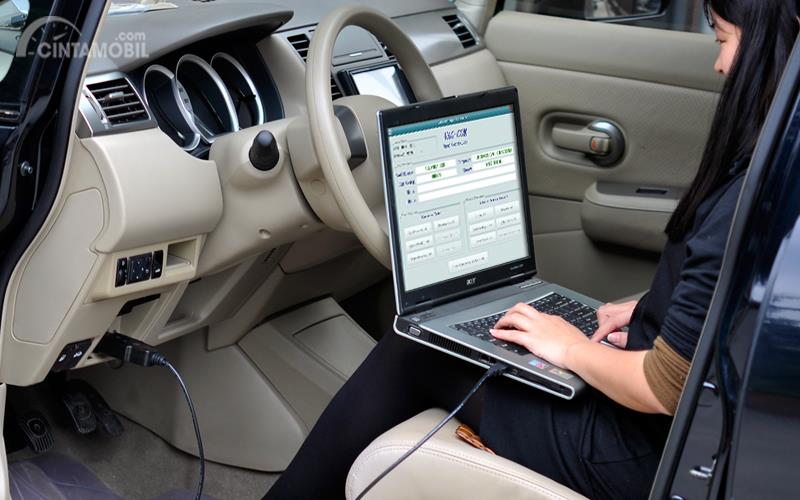 Thanks to advancing technologies, diagnosing problems with vehicles are becoming easier than ever before.

The entire scope for performing diagnostics significantly changed in 1996, thanks to the introduction of OBD II.

This interface is still being used as a way to diagnose common engine error codes, and manufacturers are consistently exploring new ways to decode these error messages and provide easy-to-understand explanations to the DIY mechanic.

While you may frequently see comparisons between different OBD systems, many people do not understand how onboard diagnostics work. In this post, we compare OBD I and OBD II and take a closer look at what the purpose of these systems is.

What Is OBD And How Does It Work?

Before we do a comparison of OBD1 vs OBD2, it is important to take a quick look at what this technology is. OBD is a technology that was developed in the late 1900s. The purpose of the technology is to read trouble codes provided by an engine. Manufacturers started to incorporate these systems in vehicles as a way of introducing a diagnostic system to both mechanics and the vehicle owner. The OBD system is connected to a port. Scan tools connect to this port.

The OBD system constantly reads data from sensors in the vehicle. When a serious error is noticed, the check engine light goes on. At this point, the vehicle owner can connect the scan tool to the OBD port, which allows them to read the error codes provided by the engine. Each error code that the diagnostic system provides relates to a specific error that was noted in the vehicle. The error code will usually tell you which sensor detected the error as well, which helps you pinpoint specific locations to investigate.

What Does OBD Stand For?

This particular term is often used alongside “OBD Scanners“, which refers to a scan tool that works hand-in-hand with this computer.

Are All OBD Ports The Same?

When looking at these diagnostic systems, it is important to understand that the law demands all vehicles to have an OBD port.

If a vehicle does not come with this type of port, then checking for engine error codes as a means of diagnostics would be significantly harder.

The first thing to note here is that there is a difference when comparing OBD1 vs OBD2 ports. A scan tool made for OBD 1 will not function correctly on an OBD 2 port. We will take a closer look at the differences between OBD1 vs OBD2 later on in this post to help you understand why.

The majority of scan tools on the market today provide an interface that is compatible with OBD 2 technology. When you take a look at OBD 2 ports in different vehicles, you may notice some differences. This is because certain manufacturers make small changes to the structure of the port, as well as its location within the car. This does not necessarily mean that your scan tool will not work. Even when there are some differences in the design, most universal scan tools are compatible with the majority of OBD 2 ports.

Why Do We Need OBD?

OBD technology has become an essential factor for both car owners, the do-it-yourself guy, and mechanics. When a vehicle runs into problems, it can be incredibly hard to determine what the fault is. Several parts need to be investigated, which lengthens the diagnostics process.

What Is The Difference Between OBD I And OBD II?

While OBD1 and OBD2 scanners are available on the market, they do not work with each other. It is important to understand how these systems differ from each other. This will help you determine which system your vehicle uses, and what data you can obtain when using a scanner.

One of the first things you will notice is the difference between the ports used in these systems.

A scanner made for OBD1 systems will not work on an OBD2 port. Similarly, if you buy a scanner for an OBD2 system, you won’t be able to connect it to an OBD1 port.

This makes it relatively easy to determine which OBD system your car has. If your car was manufactured prior to 1996, it will likely have the older OBD1 diagnostic system. In a scenario where your car model is a 1996 or later, then you will be able to use an OBD2 scanner to look for engine fault codes.

Apart from considering differences in terms of ports and vehicles, it is also important to consider code compatibility.

The OBD1 port was very limited in terms of providing error codes. A standard OBD1 scanner only provides a single CEL message with codes and no detailed information.

OBD 2 scanners can provide you with a greater variety of codes, which helps to make a more accurate diagnosis when your vehicle runs into problems.

Many of the modern OBD2 scanners does not only give you the error codes but also detailed information. In fact, there are some options that even give you an overview of repairs, as well as an estimate on costs.

When Was OBD II Released?

The official website that represents the OBD 2 technology provides a comprehensive overview of the history related to these systems. The original OBD technology was first announced in the 1970s.

At this point, the technology was not as widely adopted, but several manufacturers did start to incorporate these computerized systems in their cars. The original on board diagnostic technology had several limitations, which is why OBD 2 was developed as an advancement to these systems. A few manufacturers already started to use OBD 2 in 1994. At this time, people started to gain more interest in a comparison of OBD1 vs OBD2.

Two years later, laws changed – and stated that all vehicles manufactured must include an OBD 2 system. Thus, while OBD 2 was released in 1994, it only became a mandatory feature in vehicles in the year 1996.

How Does An OBD II Scanner Work?

OBD 2 scan tools have become very common in the modern-day market. These scan tools are not only used by mechanics but even by standard car owners. A large number of people who consider themselves DIY mechanics also rely on an OBD scanner to help you diagnose and fix problems in their vehicle.

When it comes to using one of these scan tools, it is important to understand how they work, and how you need to use them. Start by understanding the differences that exist between OBD1 and OBD2. You need to determine which type of OBD technology is used in your particular vehicle.

Cars manufactured after 1996 will have an OBD2 port. OBD1 and OBD2 are not used together in any vehicle. For vehicles manufactured before 1996, you may need to look for an OBD1 scanner.

In the majority of cases, you’ll find yourself with a need for an OBD2 scanner, as this technology is far more popular today. It is a good idea to start the process by looking at the instruction manuals for both your car and the scanner.

You do need to identify the location where the OBD port is installed. This is often underneath the steering wheel but can be at another part of the dashboard.

The standardized digital communications port will be used to connect the on board diagnostics computer with the scan tool you use.Another thing to note here is that not all OBD scanners work in the same way.

While the idea behind them remains the same – to help you understand errors when the malfunction indicator light comes on, the interface of these devices differs. Start by considering whether you have a wireless or corded system.

A corded system will usually come with its own display and control panel, while a wireless scanner connects to a third-party device – usually your smartphone or a computer.

The first step is to connect the device to the OBD port in your vehicle. The ignition needs to be turned to “running” or “on”. Check the instruction manual to determine if there are any additional steps you need to take.

Some devices will give you details on what each of the error codes means, or provide you with data related to the affected sensors. Other systems only show the error codes. In this case, you’ll need to look up the codes on a third-party system to determine the faults that are affecting your car.

Wireless scanners have a similar method of use, but there are some differences that you should take into account. Instead of having its own display, this type of scanner features a very compact design.

The built-in Bluetooth technology allows the scanner to sync with one of your devices and submit data to a compatible application.

There are a few different applications that you can turn to if you plan on using a compact or wireless scanner. Some manufacturers give you access to their own app, while others rather allow you to choose a third-party app that you are comfortable with. These apps often have limitations when a free version is available – so make sure you consider all of your options before choosing a specific diagnostics app.

Once synced, the OBD scanner sends data to your smartphone. The app then shows you the error codes – and will usually also give you an overview of what the codes mean and the most appropriate fixes. Taking this report to a mechanic makes their life easier as well – as it allows them to understand what needs to be done. This means you’ll pay less for the diagnostics process.

The use of an OBD system can greatly ease the process of diagnosing certain vehicle issues. A scan tool is plugged into these OBD systems, which then provide you with engine trouble codes. When looking at the system, it is important to understand the difference between OBD I and OBD II.

The more recent technology provides better code and vehicle compatibility and can give a DIY or even a professional mechanic a more comprehensive overview of the engine error codes affecting a vehicle. Car owners should understand the importance of the difference in a comparison between OBD1 vs OBD2. Consider the details we shared in this post to help you understand what type of OBD scan tool you need if the check engine light comes on.