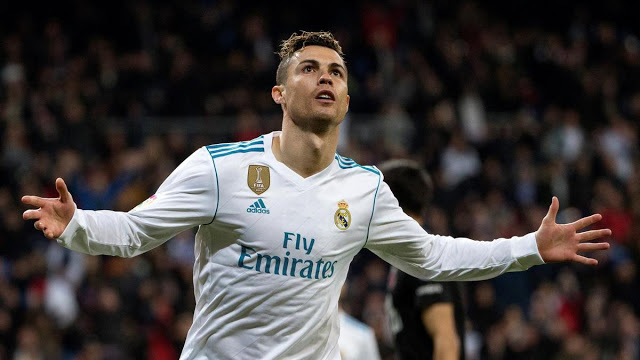 Real Madrid was expected to be given one of their toughest games of the season when they face Sevilla but the game never looked like one Real were in full gear before they could get five PAST Sevilla.

Zinedine Zidane’s side was too much for their opponent from the blast of the whistle till the last minute. Real Madrid blew Sevilla away with a first-half blitz at the Bernabeu and head off to the Club World Cup after dishing out a comprehensive 5-0 thrashing.

The rout started in the third minute when Nacho converted from close range to open the scoring for the Los Blancos. Cristiano Ronaldo continued his midweek impressive form when he scored against Borussia Dortmund as he scored the second of the afternoon for Real. In no time, the Portuguese star made it 3-0.

The three goals didn’t make Real pedal down as they added two more goals through Toni Kroos and Achraf Hakimi to complete a first-half 5-0 thrashing. Achraf’s goal was his first goal in the Real jersey and a very good one for the 19-year-old.

Real saw more chances in ten first half but became wasteful after scoring five and went into the break with the cushion. After half time, Sevilla tend to play for pride and tried to get one back but it wasn’t to be. Real also were not as adventurous as the first half anymore ad they were just passing the ball around.

Real ended up substituting Ronaldo and were not at full strength anymore. This made Sevilla had a go at getting at least a goal as they hit the woodwork. Benzema also had an attempt to make it six but missed after hitting the crossbar.

The win means that Real are still eight points adrift table toppers, Barcelona and heading into the Classico, it was best they amass all possible points. Real next game will be in the world cup but return to La Liga action on the 23rd to face Barcelona in the El Classico.