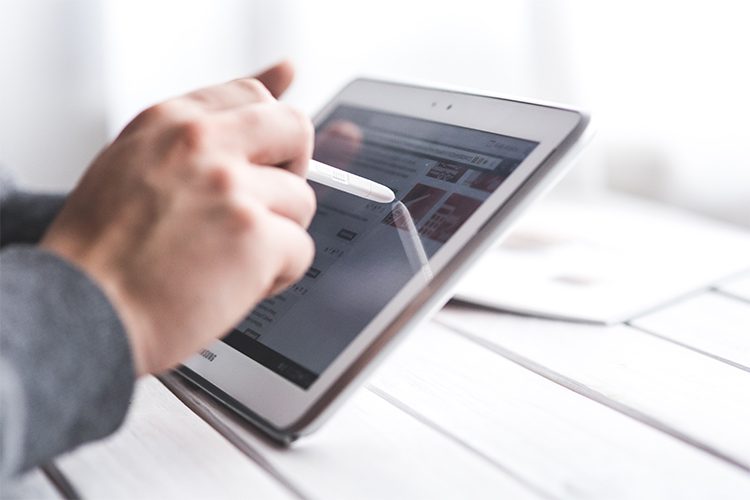 Affordability and value are some of the main characteristics of a Chinese tablet.

While getting your hands on a Chinese tablet is not easy, it’s worth it because of these two reasons.

Often, a Chinese tablet is packed with more features than other tablets manufactured outside of China. But, at the same time, it’s sold at a much lower price point than you’d expect of a tablet of its specifications.

With that said though, even among the numerous feature-packed Chinese tablets out there, there are a couple that stands out. These tablets are appropriate for leisure, drawing, or any kind of creative work on the go

Microsoft’s line of Surface Pro tablets aren’t cheap, but so far, no manufacturer has managed to offer a more viable and affordable alternative yet.

The Alldocube Nuvision comes close though.

More of an entry-level product than one designed for power users, the Alldocube Nuvision houses a humble dual-core Intel Celeron processor that’s mated with 4GB of RAM and 64GB of eMMc memory storage.

However, it does a good job of approximating the Surface Pro with its foldable keyboard attachment that lets you choose any angle that you wish.

The Alldocube Nuvison also has an excellent 11.6-inch Full HD display with a pair of stereo speakers making sure that sound isn’t going to be an issue despite not being a strength.

The only downside with the Alldocube Nuvision is its rather small battery.

At just 4000mAh, the Alldocube Nuvision won’t last very long without charger. But, then again, for the price that you paid for it, you could probably afford to buy a good power bank to pair along with it.

Chuwi isn’t a name that resonates with a lot of people outside of China. However, make no mistake, the Chuwi H9 Pro is worth remembering.

Featuring an 8.4-inch IPS QHD display, the Hi9 Pro and its mostly metal chassis feel like a premium product despite costing no more than an entry-level smartphone. But, that’s not all there is to the Hi9 Pro.

Although the display of the Hi9 Pro is certainly noteworthy, what makes it worth buying is that it’s decently powerful as well.

Powered by a MediaTek Helio chipset, the Hi9 Pro performed admirably in day-to-day tasks. Also, in case you wanted to have a tablet that can also double as a phone (or you just need the SIM slot for whatever reason), the Hi9 Pro comes with support for two of them and you’ll even have access to 4G LTE networks via the Hi9 Pro.

As an added bonus, the Hi9 Pro uses a rather clean installation of the Android Oreo OS, which is a rarity among tablets, both made in and out of China.

The Teclast T20 is arguably the best Chinese tablet for bargain hunters.

Equipped with a 10-inch 2K resolution display, the Telcast T20 supports 4G connectivity and has a wide assortment of features commonly only found in more inexpensive devices, including but not limited to fingerprint scanning.

The Telcast T20 also utilizes a deca-core processor with 4GB of RAM. While definitely not the fastest processor-memory pairing out there, it’s more than capable of handling even rigorous use.

Not to mention, the Telclast 20 seems to be built to withstand a lot. This is because of its full metal body.The Telcast T20 also has a USB C port that you can use and a 13MP front, as well as rear, camera.

With a screen that’s approximately around 10 inches, the full-HD display is paired with dual speakers for some quality audio when listening to music or watching movies via the ZTE Zpad.

But, because people have been known to multitask a lot on their tablets, the Zpad comes equipped with a Snapdragon 600 octa-core processor that’s supported with 2GB of RAM.

The battery life of the ZTE Zpad also deserves a lot of praise. At 9070mAh, the Zpad can and should last you an entire day. Although the hardware components of the Zpad is starting to show its age, it remains a good purchase and investment.

The Huawei MediaPad T5 is a strong contender for the title of the best Chinese tablet.

Reasonably priced, the T5 employs a 10.1-inch Full HD IPS display and is powered by a Kirin 659 processor with 2GB RAM and 16GB built-in storage. It then runs on a 5,100mAh battery, which isn’t the largest but the capacity is more than large enough to get you through an entire day of normal use.

The T5’s best-selling point isn’t its hardware nor display though. Rather, it’s its audio quality.

Equipped with Harman-Kardon-tuned dual speakers, the T5 is capable of providing the kind of immersive entertainment experience that shouldn’t be possible for tablets at its price range.

If you’re looking for a portable entertainment hub, the T5 is arguably the best Chinese tablet.

Not only are Chinese tablets not readily available outside of China, but there are so many Chinese tablets out there that you can choose from. Hopefully, our round-up has helped make this search a bit easier.

With so much variety, you’ll surely find what is the best Chinese tablet for your own taste and preference from our list of recommendations.