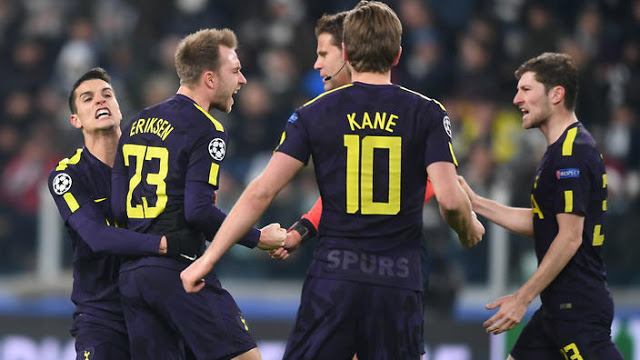 Tottenham are expected to continue to push for a top-four finish and their next fixture against Huddersfield is a good game to get maximum points to do that. Mauricio Pochettino will be delighted his team have gathered good momentum in recent time and haven’t lost a game in the league this year.

He will continue to charge his team to do well and push for a top-four finish. In doing so, a strong like up will be fielded regardless of the opposition and this match won’t be am an exception.

Hugo Lloris keeps his place in goal and will help Spurs continue to push for a top-four finish.

Jon Vertonghen and Davidson Sanchez will both be at the centre back position for Tottenham as both bring different qualities to the team that compliments each other.

This will help strengthen the team. Sergi Aurier and Davies are first choice full-backs that Pochettino has favored in recent times ahead of Trippier and Rose. They will be charged with protecting the Lloris goal.

Eric Dier has been enjoying the run of games in recent time and the English man has not disappointed the team. He plays his ball calmly without overdoing roo many things. He will be at the defensive midfield role while Moussa Dembele serves the box to box midfielder in the team. Christian Eriksen will provide the creative touch to add spice to the team.

Dele Alli us gradually returning to the good form of last season lately and he can c ringlet to the party in this game. Heung-min Son has been a revelation at Tottenham and he will be partnering Harry Kane up front in the game.