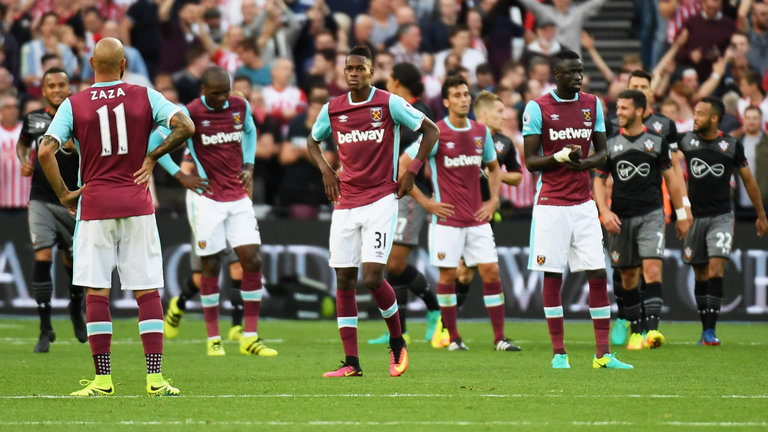 During the summer transfer window, West Ham United were one of the clubs that made huge moves in the transfer market and this suggested that the club were keen to challenge for some silverware this season. However, since the start of the new season, it has been difficult to see any impact being made by their new signings on the performance of the club.

Manuel Pellegrini was brought in to help take the club to the next level after David Moyes saved them from relegation last season and the impact Moyes made on the club last season was not appreciated and he was asked to go and not things seem to be going from bad to worse.

The system the club owners are putting in place seems not to be working so far, starting from the decision to move to the Olympic Stadium to changing their badge, four losses from possible four means things are going as wrong on the pitch as well as off of it.

West Ham have gathered some decent individual players over the summer, but the fact that they haven’t played together long enough to have the needed chemistry might be affecting their results.

As the games come in quick succession after the international break, it will be easier to get their team together and try and help them gel as a team. The likes of Jack Wilshere, Davidson Sanchez, Philippe Anderson, Lucas Perez and Marko Arnautovic need to start showing up week in week out if results are to start going their way.