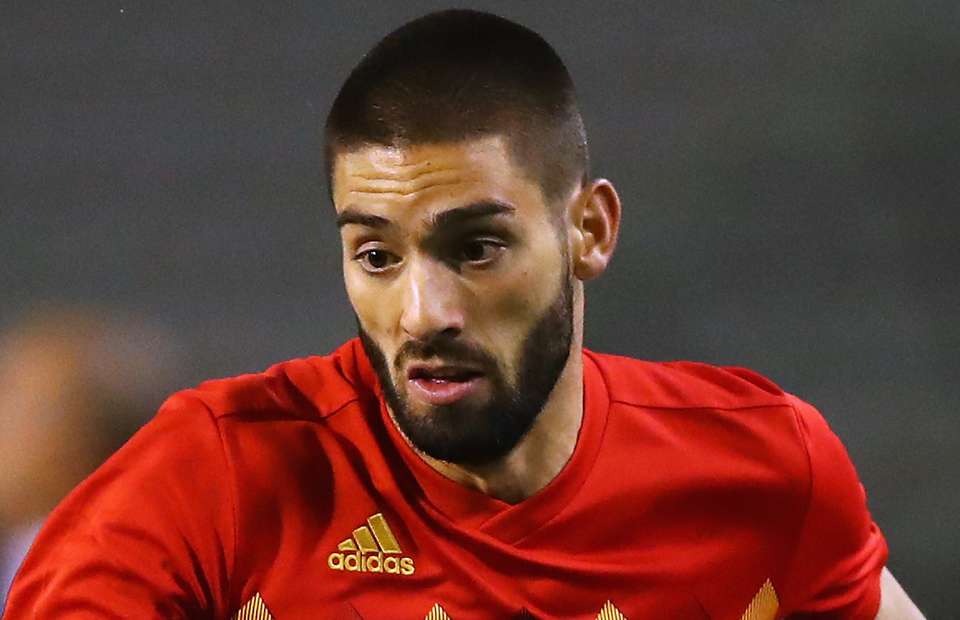 With Aaron Ramsey certain to depart this summer, Arsenal has intensified efforts to sign an attacking midfielder.

The Welshman has reportedly agreed on a switch to Juventus when his contract expires.  His potential exit will leave a huge vacuum in the centre, especially with Mesut Ozil out of favour.

Ramsey would leave with a legacy of energy, flair, grit and loads of goals during his decade in North London. With  Henrikh Mkhitaryan still injured, Unai Emery has reportedly targeted two midfielders.

Barcelona’s Denis Suarez is one, the other is Yannick Carrasco currently in China, with Dalian Yifang.Due to the former’s huge asking price, Carrasco is looking like the more realistic target for the Gunners.

The ex-Atletico Madrid man’s wife may have made things easier for the Gunners with her latest tweet.

According to TMW, Carrasco is aiming to return to Europe in the current transfer window, just a year after leaving Atletico Madrid for China.

The Premier League is his preferred destination, with Arsenal and Manchester United linked. His wife Noemie Happert says there are a number of clubs involved in the race for his signature, one of which is Arsenal.

“Many clubs are interested, nothing concrete, nothing has been signed yet,” Happert said.

“Are United and Arsenal interested? Yes, they are very interested, I do not hide it, but nothing is over yet.”

Reports earlier this week suggested Arsenal had held a meeting with Yannick Carrasco’s agent, with a move looking ‘increasingly likely’.

It appears the Gunners have made an offer for Carrasco.

Following Emery’s comments regarding a lack of transfer funds for this window, a loan move appears to have been the likely route.