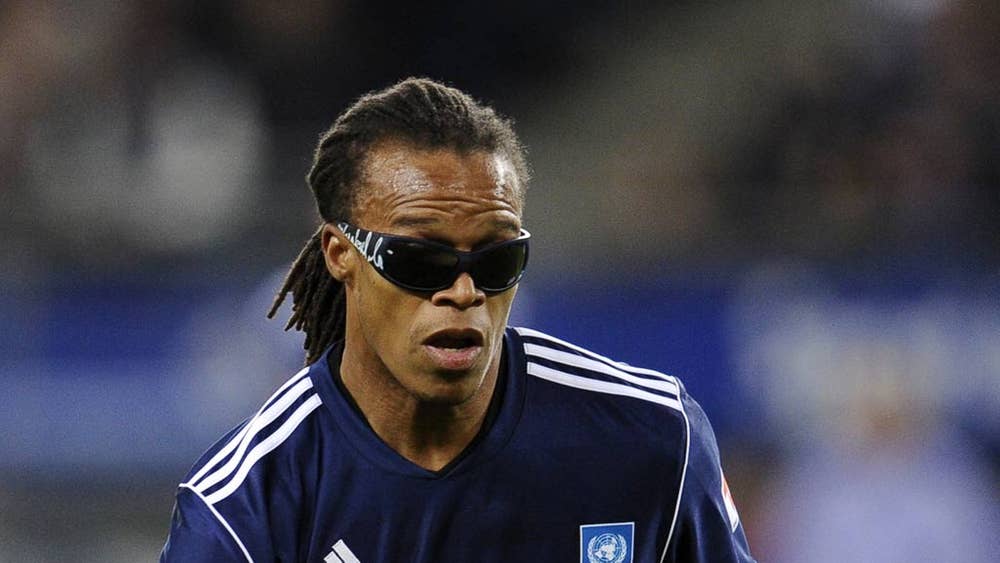 There are many that would have wondered why Edgar Davids glasses are always on during his playing career and many other players don’t in recent times. Edgar Davids was a unique player in all ramifications.

This was because apart from his glasses, he was a superb player. His career was one that sends a message of relentlessness to upcoming players and one that encourages anyone that wants to give up on his or her career. To the history of him wearing glasses has to start before he started using the glasses.

Edgar Davids did not start his footballer career wearing glasses so it wasn’t something that he came into the game with. His personality is another thing that needs to also be talked about as it was one of the unique this about his personality. He had issues with his temper everywhere he plays and this somewhat cut short his stint at high profile clubs despite having the ability.

Edgar’s career started gathering attention as regards his glasses when he was at Juventus and he was a massive presence in the middle of the park and is a Dutch player, there was the natural flair that he possessed. This was easy for him to make into the manager’s team list but he has to obey the manager to the latter.

At Juventus, he started his career at the very top and all he could aim for was to keep going up.  He was part of the Ajax side that won the Champions League in 1995 and he was a very combative player even from the start but the whole world haven’t noticed his attitude and there were no glasses then.

The glasses came into the picture when he was at Juventus and he was diagnosed with glaucoma in 1999. This was when the new Davids was born and everyone wanted to know the man on glasses that play football. He never knew how popular he was going to get with his glasses and not knowing the reputation it will bring towards it.

When this happened in 1999, he considered to leave the game and retire from the sport as he doesn’t know how glaucoma might go when he goes for the operation. Glaucoma is caused by a disease caused by an increase in eye pressure which affects the optic nerve and a person’s vision.

This nerve is essential for football players because it’s what sends visual information to your brain. He was able to get excellent treatment and everything went excellent and he was good to return to playing football, all thanks to the fact that he got diagnosed early enough.

After the operation was done and he returned to the game, he now turned the glasses to be part of his kits and he wears the glasses in all games, with different colors. This now made many who sees him as their favorite player request to get similar eyeglasses.

From what was meant to be a career threating injury to fashion equipment that will bring more deals to the player and club, Davids was able to turn things around in his career and continue to play football with his glasses.