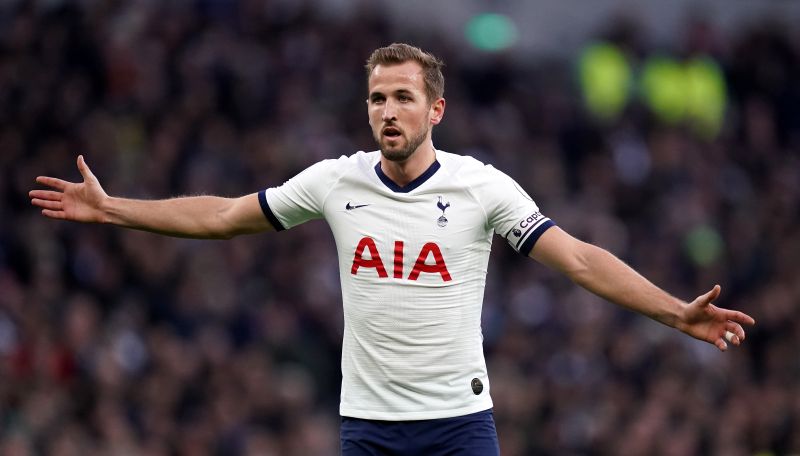 England international, Harry Kane became Tottenham’s record goalscorer in the history of the Premier League after scoring twice in the club’s 4-0 destruction of Everton. The  24-year- old scored his 97th and 98th league goals to move past club legend, Teddy Sheringham who scored 97 goals for the club in the 90s and 2000s.

Korean international, Heung-Min Son was the Man of the Match scoring once and creating a further 2 goals. The former Leverkusen opened the scoring on the 26th minute, becoming only the second Spurs player to score in 5 consecutive home league games.

Kane then took center stage, tapping home his first early in the second half before scoring the third goal for Spurs with a well-taken goal 12 minutes later.

Danish wizard, Christian Eriksen rounded off proceedings in the 81 st minute, scoring after a fine team move. Mauricio Pochettino made one change with Moussa Dembele replacing Moussa Sissoko in the middle of the park while his Everton counterpart, Sam Allardyce made six changes with Sigurdsson, McCarthy, Gueye, Kenny, Jagielka and Cenk Tosun coming into the side, with the latter making his club debut following his big-money arrival from Turkish side, Besiktas.

The 4-0 victory was Spurs’ biggest margin of victory over Everton since a 10-4 win in October 1958 while the Merseysiders failed to record a shot on target in a league gave for the fourth time this season, the joint most by any team this term alongside Swansea.

Harry Kane became only the third player to score at least 20 goals in four consecutive Premier League campaigns, after Thierry Henry (5) and Alan Shearer (4). Tottenham will be in Premier League action against next Sunday when they travel to Southampton live on Sky Sports while Everton welcomes West Brom to Goodison Park on Saturday for a 3 pm kick-off.