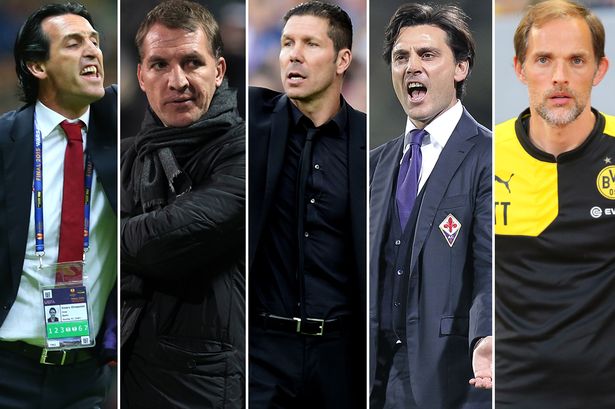 It must have been noticed by many now how so many ex-players and young coaches are getting top jobs at their former clubs or other clubs. This is not common to one league but across all top European clubs. It is following a pattern that needs to be looked into, however good or bad it is.

Three of the traditional top six teams in the Premier League is being managed by former players who have little or no experience on the job before taking the role.

Mikel Arteta at Arsenal is the youngest coach in the league. He had only worked as an assistant to Pep Guardiola at Manchester City and yet was able to secure the Arsenal job. Frank Lampard only managed Championship side, Derby for one season before getting the Chelsea job.

Ole Gunnar Solksjaer relegated Cardiff in his time in the Premier League and was managing Molde in Norway before getting the Manchester United job.

This is also a common thing in Serie-A with several clubs now going for younger managers who are not scared of taking risks and playing expressive football. This is what is noticed in the La Liga with Real Madrid going all out to bring Zinedine Zidane back to the Bernabeu.

Reports have it that Xavi will also be joining Barcelona at the end of the season. All these clubs are following a pattern and it is the question; why are they going for younger managers when there is more at stake in the game now?

The way football is being run now has shifted from the days of having managers like Sir Alex Ferguson and Arsene Wenger that has so much power over decision making to having coaches that make contributions to how the club should be run.

The men behind the scene do the planning and all the coaches are expected to do is coach the players on the field of play and manage the dressing room. Their contributions are requested when the planning is done but the final decision lies with the technical crew now. Only younger managers can accept this style of leadership.

This also gives the younger managers to build their profile from the top than start from a small club like its done in the past. The chances of succeeding at a club that is properly run at the top are higher than a club whose model is to sell their top players year on year.

These younger coaches also come with some new ways of playing the game that is really uncommon. The way the management gave them the opportunities in the early days in their coaching career, they also do the same with younger players which are always very expressive and want to improve the manager.

When it comes to tactics, they try mostly to play expressive football and want to outscore the opponent then try to keep it clean at the back which was a common thing before now. Records that will be common now is the number of goals scored than the number of clean sheets kept in a season. This is making older managers like Jose Mourinho look obsolete in the game and many claiming the game have left him. It isn’t the issue.

It’s just that more coaches are trying to play attacking-minded football than the cagey and defending football and whoever falls on the other divide like Mourinho will be seen as past his prime.

This is why many old coaches are now adopting the new attacking drive of playing ball-playing defenders than can are good in the art of defending. What the younger coaches bring to the table is this level of entertainment that is on another level to watch and it seems more are buying into it and hence more of them getting the top jobs.